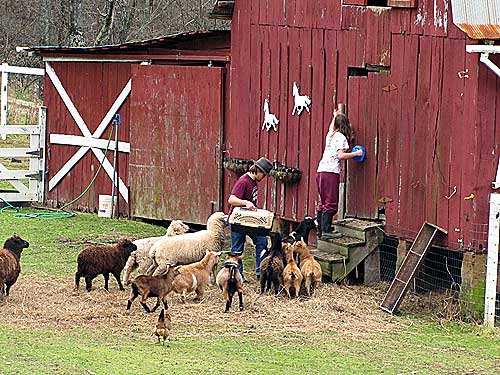 All my bear cubs are home for Christmas! I set Weston, the cat whisperer, to work with Squiggles, one of my outdoor “barn” cats. I put three all-outdoor cats in the barn after moving here–Squiggles, Wiggles, and Diego. I feed them in the hay loft and they can snuggle in the hay. It gives them a safe house from the dogs, and Wiggles and Diego settled right in. Squiggles disappeared the first week. I thought he was gone forever, then he showed up on the back porch two mornings ago. I brought him in the house. It was still dark, and I thought I’d put him in the cat carrier and take him back to the hay loft when it was light. He ran straight under the couch and stayed there for TWO DAYS. I couldn’t get him out. At least, not without serious physical damage. To me. Yesterday, I had Weston get him out, and he and Morgan took him to the barn. 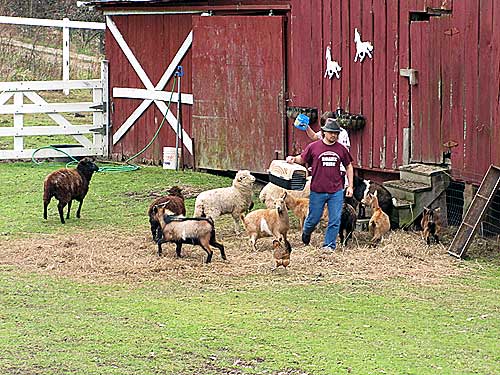 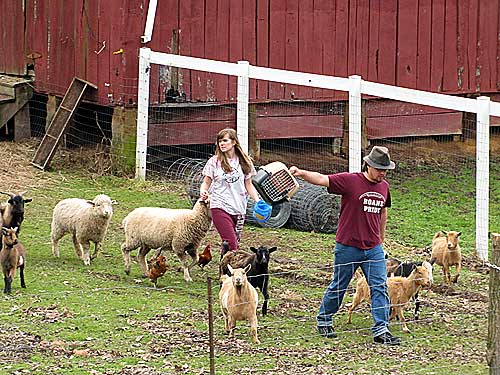 And leading a parade wherever you go. 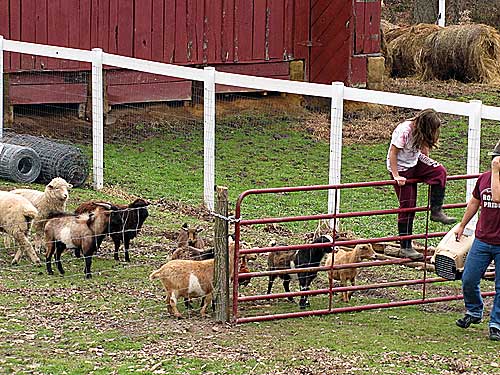 They took a shortcut over the gate. Too much trouble opening a gate with seven goats and four sheep hanging on it by the time you get the chain off. I promised Morgan they were only staying in this field for the winter! 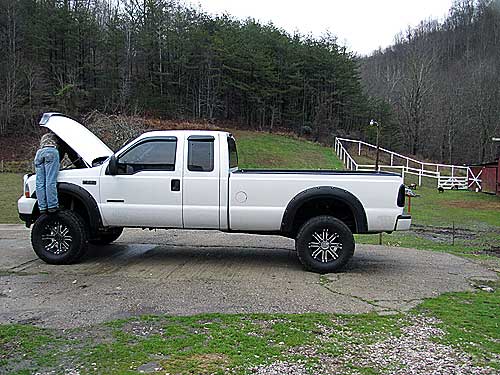 Ross arrived in the middle of the night last night–in his new pickup!