The goslings are turning into geese! 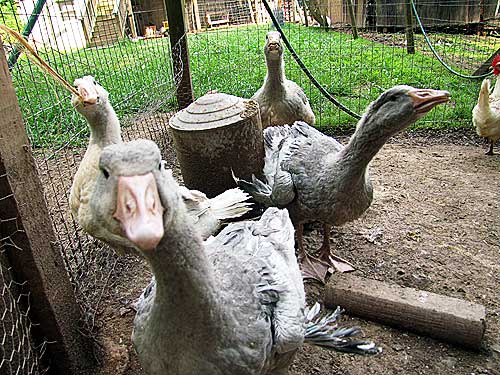 We have three American Blues and one American Lavender. Not sure who is a boy and who is a girl yet, but hopefully there is a nice mix, and mostly girls, but at least one boy! The three Blues are bigger than the Lavender, but the Lavender got a rough start. I was worried for awhile that it wouldn’t make it. It had some trouble with its legs being weak, was having a hard time walking and supporting its body. We added some vitamin supplements to their water and it has gotten much stronger, though it’s still behind the others, developmentally. They’re starting to feather out nicely, hinting at how beautiful they will be when they are mature. The Lavender is easy to identify as its feathers are much whiter/more silvery than the Blues. 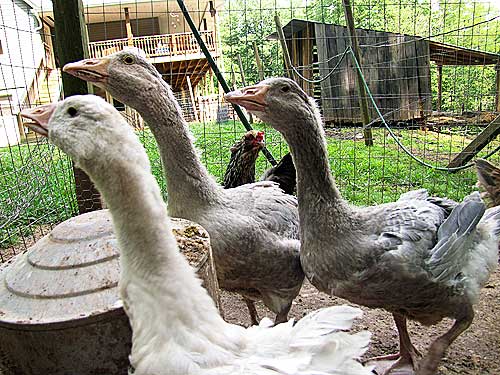 In a few weeks, before we move the “meaties” to the chicken yard, the geese will move to the pond and I’ll kick the hens out, too, to give the meaties a couple of months in the chicken house/yard to themselves.

Can’t wait to see the geese on the pond!