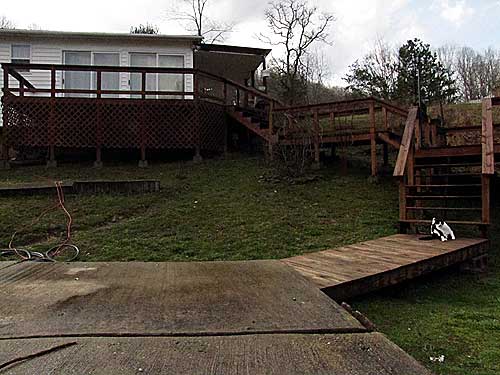 Counting down the final hours! Please hang in with me in these last hours on my Kickstarter project. My project is not officially funded until 11:37 a.m. tomorrow (Saturday, March 3). There was another pledge cancellation this week, which makes me very nervous. The project isn’t truly funded until it’s funded. Thank you so much for your support!

In other news, I’m very disappointed. I was waiting for the animal hospital to call me to let me know that Coco’s bandage change had been done for today before I left to get her. Instead, they called and told me that her wound is still healing very well and the swelling has gone down in her leg, too–but. With the swelling down, they are now seeing more laxity in her leg than they expected. They want to splint it, and they won’t let animals go home with a splint. She will have to have the splint for anywhere from two to four weeks. I could take her home today, but then they won’t splint her and they feel strongly she needs the splint for the best recovery and eventual function.

FYI–just want you to know they aren’t charging me anything extra for it. When they admit an animal into the hospital there, they give you the price and if the animal stays in the hospital for two times, or three times, or four times, or so on, longer than they originally estimated, they don’t charge any more, ever. At this point, she’s already been there just shy of the original estimate, so every day longer they keep her, they’re keeping her for free. (This must be why animal hospitals inside humane associations don’t make any money.) Anyway, just wanted to explain that. I believe this is truly what they believe is best for her. There’s no extra money in it for them to keep her another two to four weeks. (The time will depend on how her leg responds to the splint, how quickly she starts functioning better with her use of the leg.)

As much as I want to take her home, I want to do what is best for her, too. I’m just really disappointed because I was so excited about bringing her home today.

And crossing my fingers it doesn’t rain so much here this weekend that I can’t get the cows moved! We are having terrible weather.