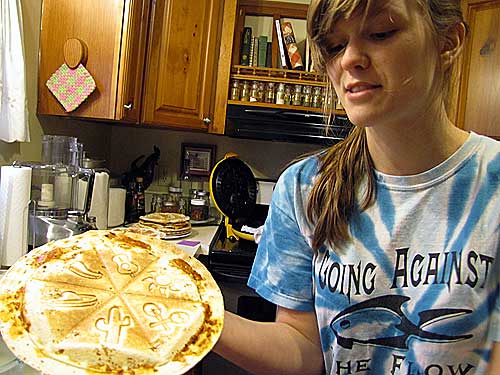 Morgan doesn’t “like” to cook, or so she says, but she does love to make quesadillas. Weston came home this weekend, so in advance of his homecoming, Morgan went on a quesadilla tear. She made more quesadillas than I’ve ever seen in my life. 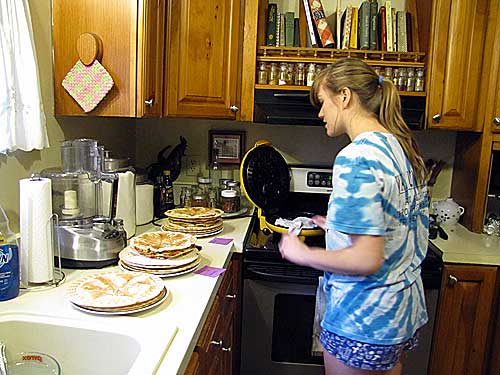 Now if I can just get her to cook something else…….

Meanwhile, just want to mention that this is going to be an extraordinarily hectic week here, especially the second half of the week, so if I’m scarce later this week, that’s why. Wednesday is the all-day agritourism workshop in Morgantown that I’m going to with my cousin. I will be gone from 5 a.m. until late that evening. (Animals will get fed and watered VERY early!) Friday, Ross is coming in for a four-day weekend. Saturday, we’ll be moving the cows to SarahGrace’s farm.

I’ll have reports on everything as soon as I can!