Everybody wants to know how the kids are doing! Kids, how are you doing? I know they look at my website because they periodically ask me questions about recipes. But they probably won’t answer here, so–

They’re all grown up now, of course. Morgan is 23 and about to start her second year pursuing her Ph.D. in history. (The time, where does it go?) Getting them all together at the same time in the same place is difficult, though for the first time in a long time, all three of them are living in West Virginia. Between Ross’s six years in the Navy and Weston’s four years in the Army, it always seemed like someone was missing!

With their military experiences behind them, both Ross and Weston are going to WVU. Ross has been back for a few years. Weston is just recently back and starting school again this fall in Morgantown. Morgan has been in Morgantown forever, and apparently will be there another forever obtaining her graduate degree–but she loves it.

I tried to get them all together recently for a birthday outing since the boys’ birthdays are both in May, but they were coming and going at the same time, so I took them separately. Here is Ross, below. 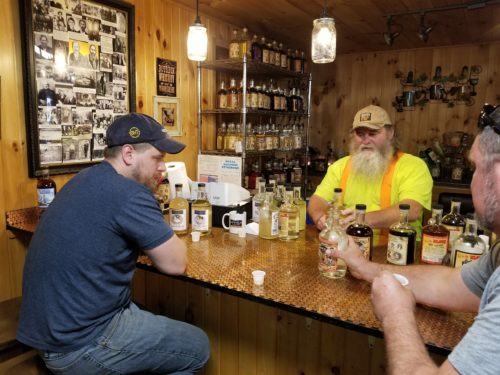 I took him to The Sweeter Side of the Feud Distillery and Winery that is nearby here in Spencer, West Virginia. It’s run by Mark and Brenda Hatfield. Mark Hatfield is the great-great-grandson of the infamous Devil Anse (of the Hatfield and McCoy feud). They have a really cool tasting room there, and he is a great tasting room host. He offers up a taste of anything and everything along with all the Hatfield and McCoy stories you want to hear. I took Ross, then later took Weston and Morgan, and they tasted everything they wanted to taste then I bought them a few bottles of their favorites.

Back to Ross–he is close to finishing up an engineering degree at WVU. Some of you may remember his high school girlfriend Selena. They are still together, still engaged, working together to remodel the old farmhouse at Sassafras Farm, and planning their future there. They’re there every weekend working away at their remodeling efforts. Ross is 28 now. (What?!) He’s working at an internship in Pennsylvania this summer, so he’s in and out quite a bit and I couldn’t get him together with Weston and Morgan before he left because Weston hadn’t returned to WV yet. 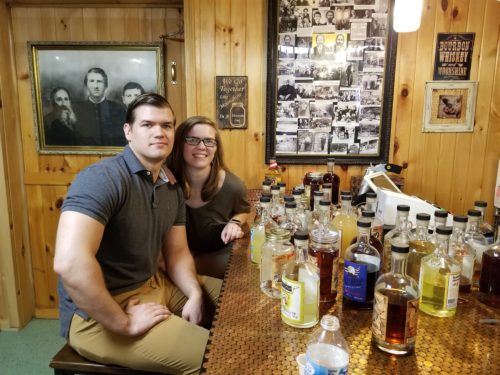 Weston is 26, and starting back at WVU this fall, working toward an engineering degree. Morgan is not only going to school but also teaching freshman classes, so she’s a busy bee. Some of you may remember her boyfriend Justin, since back when she was in high school. They’re still together. Justin graduated with an engineering degree and is working at a company near Parkersburg. Weston is available. Or at least he doesn’t have a girlfriend that I know about. (I’m his mother, what do I know?) He’s a handsome boy! If you’re interested, send me an application with a full resume and references! Just kidding.