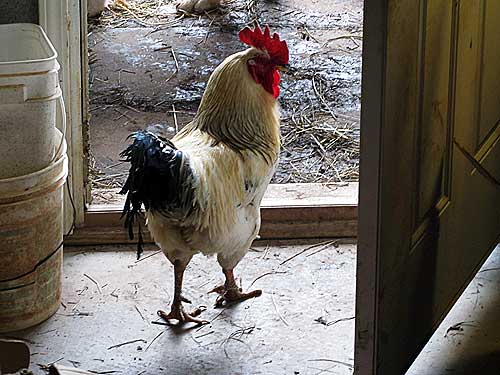 The cleaning out downstairs ramped up to warp speed yesterday. An entire huge stack of boxes was downed in the process. Some things were easy to throw away. Other things were hard.

One box was packed to the rafters with newspaper clippings. Back when I was the lifestyles editor of a small town paper, right out of college, I kept every single article I wrote. EVERY. SINGLE. ONE. And my reporter notebooks.

I saved my children the trouble and I threw it all out.

Some day, my kids will face the task of going through what I have. They don’t need that bother. No one–not even me–is going to read those old articles.

Other things I’ve been carrying around in boxes for years–many, many (did I say many?) stories I wrote when I was a teenager. (Tried to read them. Too tedious.) Papers I wrote in college. My college grades. On and on it goes. So much paper, filling up boxes. I never look at it. I don’t care–why would anyone else? If I need a transcript, I can still order one! Oh–and newspaper clippings from my college radical days–letters I wrote to the editor of the university newspaper, clippings of protest marches with pictures of me. On and on. The stuff. THE STUFF. Boxes and boxes of stuff, stuff, stuff. I threw it all out. I don’t want to leave all this crap to my children. They write stories and poetry, too. They have their own crap.

You can thank me later.

And let’s not forget the California Who’s Who from 1986. My dad is in it. A teeny paragraph in a huge book. There were two of them. One of them is inscribed to Morgan: “For Morgan, my only granddaughter. She’s so sweet, I need no other.” OH FINE, Dad. Like I can throw that out! He thought I needed one, too. Luckily he just wrote “Suzanne” in it and I felt justified to toss it. I don’t want it!!! I’m sorry, Dad. Morgan can deal with hers.

And the curtain rods that crossed the prairie.

(Just kidding. I think I will be able to do something with the curtain rods now, thanks to your ideas.)

I also stacked boxes and BOXES of books to go to the library. Why do I have all these books????? I rarely read a book twice unless it’s a resource-type book. I picked out about half a dozen books from numerous huge boxes of books to keep because they were either useful or sentimental. The rest will go to the library for them to either keep or sell to raise money. Other boxes of various stuff were put together to go to the Salvation Army. And a lot of other stuff went to trash. 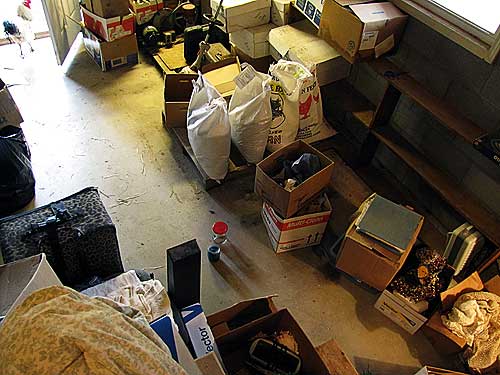 VERY good day on cleaning out and I totally deserve bon bons. I’m starting to believe I will get down to bare walls now.