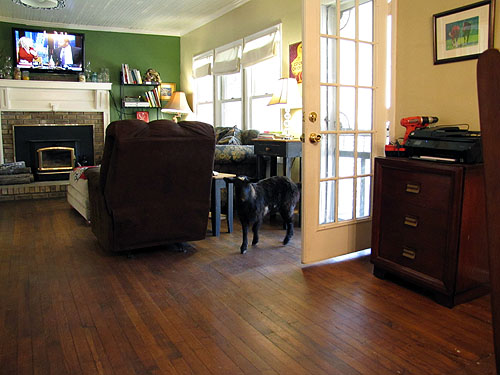 Well, if you can call it that…. Sometimes I don’t mind. But it IS a problem at times! With the beautiful weather, I like to open my front door to the screen door, which has a “cat door” (broken screen section). Maia likes to use it to come in and visit.

Which isn’t terrible until she scampers onto the dining room table.