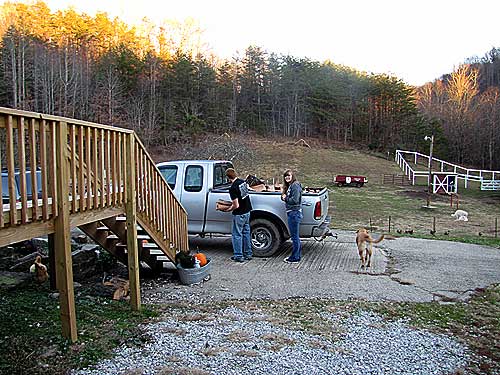 Morgan has a new boyfriend. This is news because I didn’t like the last one. Morgan lives to torment me. Please be impressed that I didn’t put boyfriend in quotation marks. I think that is a huge step in my development as a person and a mother, signifying my acceptance that Morgan is almost 17 and actually HAS boyfriends. I really like this one, but don’t tell him. He thinks I don’t like him, so he is trying to please me. He thinks I don’t like him because he is too old for Morgan. Since his strategy to try to get me to like him involves bringing me firewood, I want him to think I don’t like him for as long as possible. Maybe till spring. 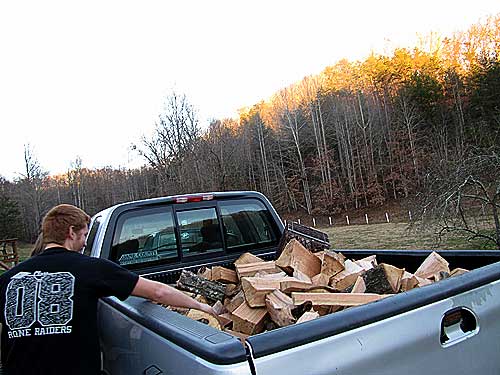 I’m always very friendly to him, so I’m not sure why he thinks I don’t like him. Except, of course, that he’s too old for Morgan. And he knows that. And he feels guilty for being too old for Morgan. So he chops firewood–nice long-burning hardwood–on his family’s farm and brings it to me by the truckload. Which I like. It’s a real conundrum all around! 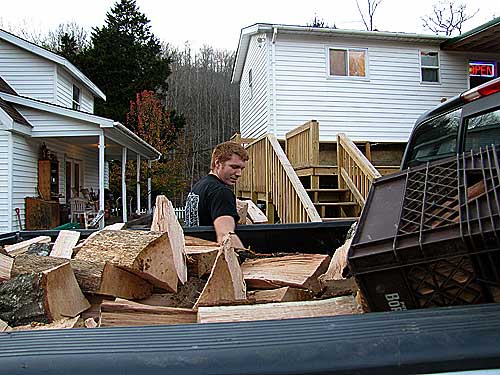 He’s respectful of Morgan, and he’s a nice boy with a respectable job. And, obviously, he’s intelligent. (Evidence: The firewood.) He’s 22. Which is WAY TOO OLD FOR MORGAN. I’m keeping an eye on the situation. And my firewood.

You can see how difficult this is for me!