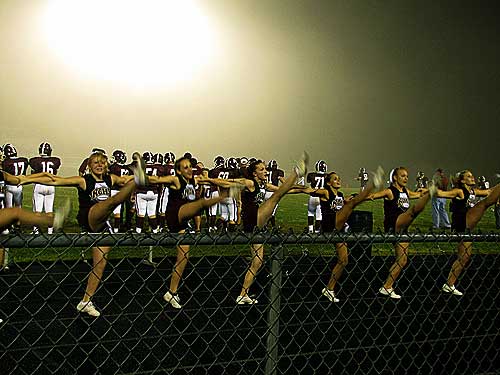 If I did that, I would fall over.

And then my leg would break off.

Last night was the first football game of the season, and it was a home game. Home games mean concession stand duty for a couple of games. I signed up for the first two home games because if I sign up for later in the season, I will forget. I have a love/hate relationship with concession stand duty. I like it because it sharpens my math skills. (Really! You have to do addition and subtraction. REALLY FAST. Plus memorize the price list in 5 seconds.) I also usually get to meet people who read my blog or my newspaper columns. I am recognized more often at the high school concession stand than any other place. It’s always fun to meet people who read my writing. One time last year a lady told me she changed lines at the concession stand even though my line was longer just so she could meet me. 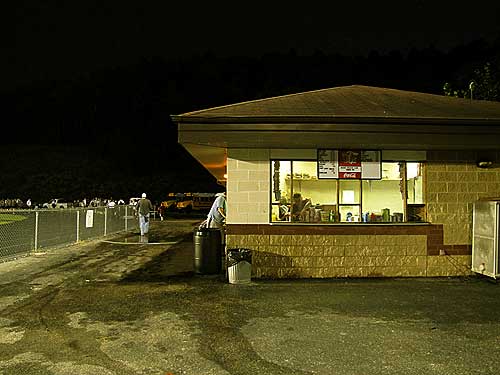 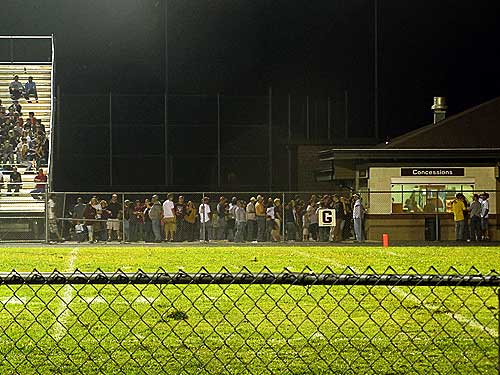 Inside the visitor concession stand. (Look! There’s even a dad working!) 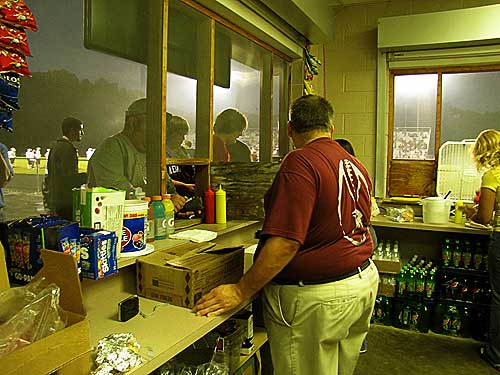 The worst part about working the concession stand is missing half the game. 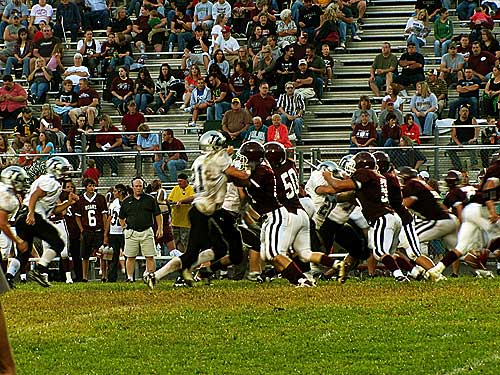 Not that I care about the game or know what’s going on or even understand it. I just like to see my baby. I went in search of him after halftime when I was released from my concession stand indentured service. Unfortunately, I couldn’t remember what number he was. I gazed upon the sea of butts trying to find one that looked like my baby’s butt. 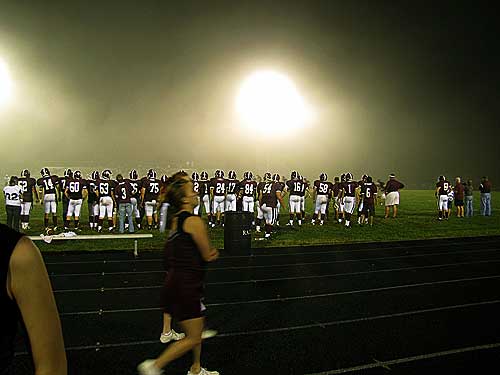 Morgan, who is LOVING high school, came to my rescue. (Aside: Morgan is the most social and engaging creature on the planet. High school was MADE FOR HER. It will be the most awesome experience of her life. The End.) 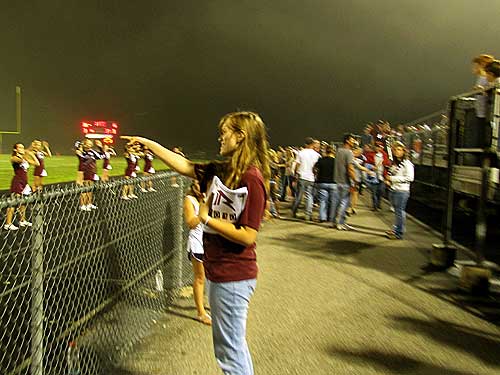 She totally knew which butt was Weston’s. 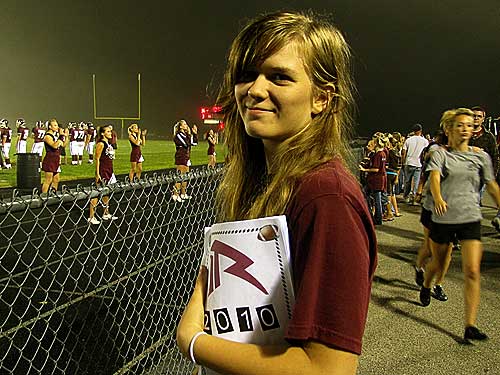 Because she bought a program and knew his number. 57. 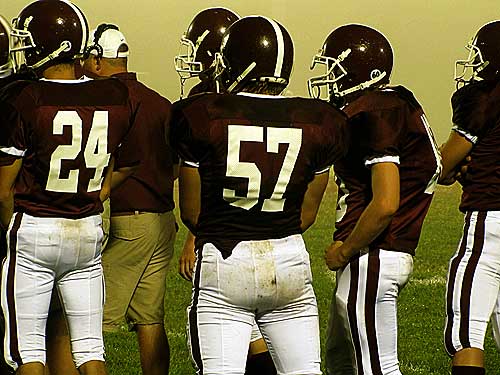 It’s a Murphy’s Law that whatever half you are assigned to the concession stand, that will be the half when your child plays the most.

Here’s Weston’s cutie patootie girlfriend in her band uniform (with her hair pulled back). 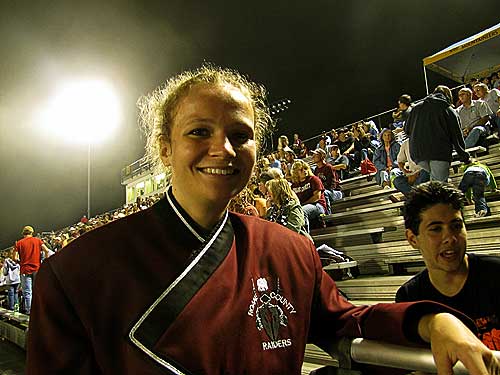 And here’s my cousin’s son, Madison, with his cutie patootie girlfriend in the stands. (Madison graduated high school last year and is a freshman this year at West Virginia University–but he skedaddles home every weekend to see his sweetie, who is still in high school and is one of Weston’s girlfriend’s best friends. Weston and Madison are also close friends. The whole bunch of them are good friends and great kids.) 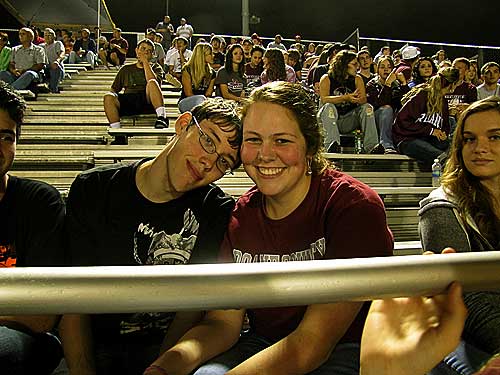 And that’s Friday night in every town, big and small, across America.