On the day I post a tribute to my father, it seems only fitting to re-post the tribute to my mother that I wrote nearly four years ago when she passed away. She was truly my father’s other half, and I was fortunate to have not one but two wonderful parents. As mentioned in the post, Ross missed my mother’s funeral because he was in boot camp, and he also missed my father’s funeral because he is currently out to sea. Luckily, Weston has not yet left for the Army, so he was able to be there.

I know that my father has been ready to go since the day my mother died, and I’m sure these past four years were the longest of his life. He has his wish now. They are back together.

Earlier this week, my mother, who was 81, passed away unexpectedly in Texas. I’m in Texas now. I had some posts stacked up, so I ran them because I wasn’t ready to talk about what had happened yet. I had prepared some posts ahead to give myself time to work on another project. Funny how sometimes you don’t know what you are really preparing for. I’m out of posts now. I’ll be gone for several more days. My mother’s funeral was yesterday in Fort Worth, and today she is being buried in San Antonio. Weston and Morgan were already in Texas with their dad. They are coming home with me early. I flew here, but Weston is bringing back a vehicle for his senior year, so we’ll be driving. (It’s a long drive and not one I was expecting to be making.) 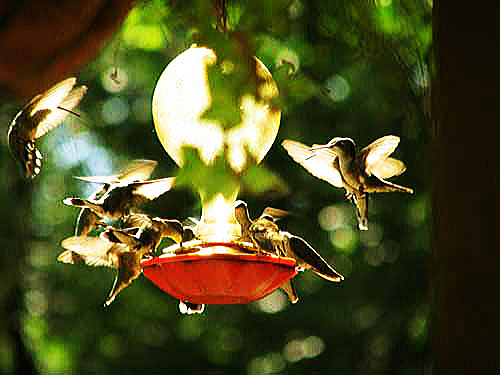 Not in that order.

She was a teacher, a writer, a businesswoman, an amazing cook, a devoted wife, and a sweet mother. She was also an avid reader. She loved romance novels, and gave me my first romance novel. After I became a published romance novelist, I took her with me to booksignings and Romance Writers of America conferences and Harlequin parties. Nora Roberts was one of her favorite authors, and I enjoyed being able to introduce her to Nora at a Harlequin party in Dallas one year. My mother was my biggest fan, no matter what I did. She never said a critical word to me in her life. She didn’t really know how to use a computer, but she got one so she could see my blog every day. She could hardly figure out how to send an email (she frequently sent me blank emails or emails cut off in the middle of a sentence because she never could figure out where to click), but she knew how to get to my blog. Every day.

She could also shake her thing and she was quite the preacher’s wife with the way she wiggled her hips down that church aisle every Sunday. (I could never say that about her when she was reading my blog because it would have embarrassed her. Some of my most vivid memories of her as a child is how she shook her thing with a natural exuberance about herself that she couldn’t contain. Even in church. She had it going on.) She loved jewelry and makeup and fashion, and most of all, she enjoyed keeping herself fit and looking good. She grew up poor on a farm and she embraced city life with both arms. She loved to entertain and she enjoyed fine things without placing them above what was real. She had taste and a soft heart.

My mother was 16 when she met my father on a double date. They weren’t dating each other. Pretty soon, though, they were. I suspect there was some hip-wiggling involved. My father was stationed at a base in Oklahoma following his missions in World War II, and that’s how a farm boy from West Virginia met a farm girl in Oklahoma. They eloped when she was still 16 and he took her away from the flat lands to the hills of West Virginia where she learned to make Grandmother Bread from my father’s mother–and one day taught it to me. They lived all over the United States, from Washington, D.C. to California, and traveled across Europe. She had four children, two of them early in her life, and one died at 13. She had two more children later in life, after that tragedy–and one of them was me. I was her youngest child.

She had a beautiful voice and she loved to sing in church–and anywhere else. She sang in the kitchen all the time. 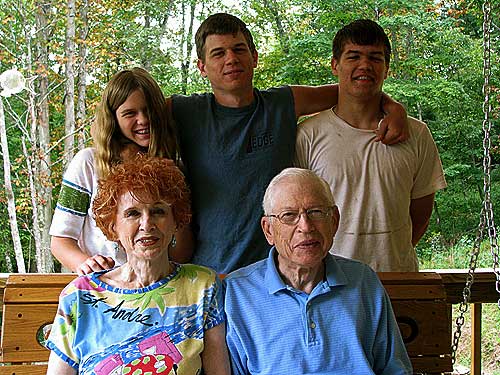 But most of all, she loved her grandchildren. (And my children have no grandparents other than my parents.) She was a wonderful grandmother. Morgan was her only granddaughter, and she enjoyed showering her with girly things and taking her to lunch and shopping and the beauty salon. When Morgan was 18 months old, my mother commissioned a porcelain doll made in her image and dressed it in one of Morgan’s baby dresses. (I’m NOT making that up!) She loved all of her many grandsons just as much, but she only had one granddaughter and they had an extraordinarily close relationship. Even after we moved away from Texas, Morgan continued to spend a great deal of time with her every summer. Morgan was with her when she was taken to the hospital.

I know someone will ask about Ross because he is in boot camp. My mother had already bought her plane ticket for his graduation. We were all going together–me, my mother, Weston, and Morgan. He was only allowed to put down four names to be allowed in. After some investigation, we came to the conclusion that it was highly unlikely (and against normal policy) that Ross would be allowed to leave boot camp for her funeral (grandparents do not fall under the military definition of immediate family), so his father and I decided to not tell him so that he won’t have to handle the news alone while he’s already under so much pressure. He knows she was coming to his graduation and I will be the one standing there when he says, where is she? (Please think of me for that moment.)

I will be back as soon as I can.

P.S. My mother, who loved my blog, would have loved this post. Except for the part about Ross’s graduation, which she would have found devastating. And the hip-wiggling. My mother loved every word I ever wrote, and told me so all the time. If your mother can’t give you a big head, no one can. I have had one of the most important things you can have in life–a good mother.