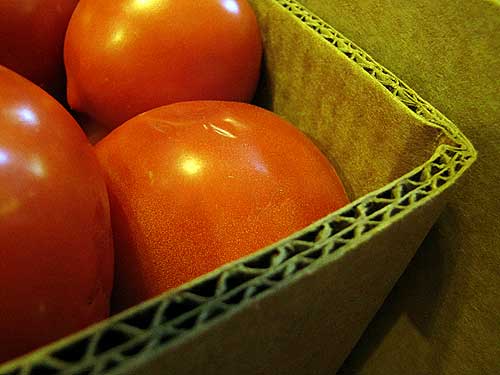 I have two big boxes of tomatoes. I’m canning. I may never be seen or heard from again. 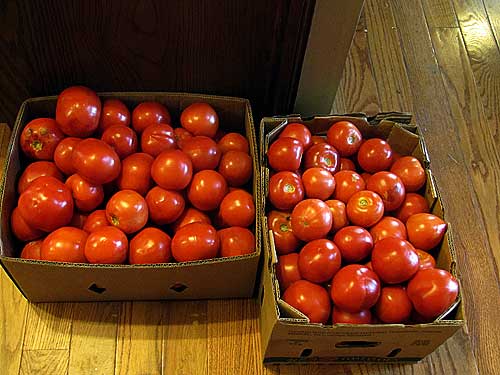 However, other possibilities may exist to explain my fate.

A farmer disappeared after taking two boxes of tomatoes into her Stringtown kitchen on Saturday. The tomatoes were intended for canning, though there was some disagreement about their best use. According to a source inside Stringtown Rising Farm, the last time the woman was seen, she was being followed by chickens.

An investigation is underway as the search continues. A representative for the chickens told the media: “We love the woman. She gave us two pumpkins. Her disappearance leaves a huge hole in our lives, but it’s not one we pecked ourselves.”

Fowl play is suspected in the case.