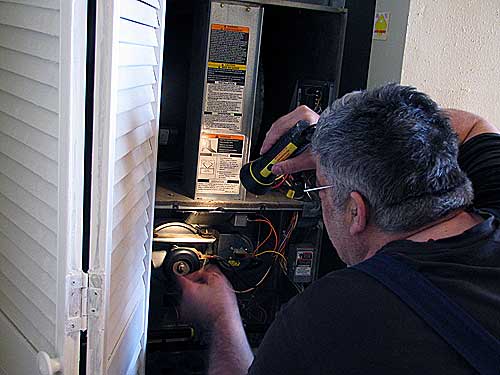 Around the middle of the day, I realized I was quite cold, which seemed quite odd. I quickly determined that the furnace was not working and started envisioning the hundreds of dollar signs this was going to involve.

This old house is lucky I love it because it seems that every time I turn around, something goes wrong and it involves hundreds of dollar signs.

May I suggest not moving into a new old house on the brink of winter? You’re welcome.

Back to the furnace. I called 911, aka my cousin. Because he’s that sort of person, he was already engaged in a relief mission taking paperwork to town for assistance for one of the downtrodden people he helps who aren’t even related to him. I had to get in line. When he was free, he came out to the farm to check out my latest greatest vital problem. Because I can’t just have, like, a spider in the corner. I have to have no heat or no water. I have dramatic problems.

Not that I would call him about a spider in the corner.

When he arrived, I announced that I had made a ruling. The problem was to be solved easily, quickly, and for free. I have spoken.

Or I have had it, take your pick.

I can’t say that it was solved easily, since I didn’t personally solve it and I do know that it involved a great deal of peering into the furnace then searching on the internet. It wasn’t solved quickly, because all the peering and searching took several hours. But it was solved for free!

And I have heat again.

I would be more excited except that I’m just relieved. And warm!