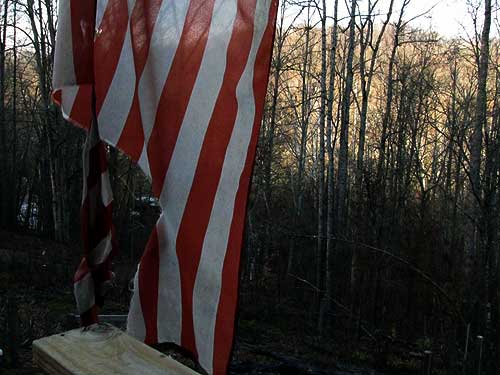 The wind blows, the flag shoots up into the gutter. Sometimes if there’s ice and snow, it’s stuck there for a week. Eventually I get it down. Sometimes, even just in a rain storm, there’s damage when I pull the flag back down. I’ve had this flag for a couple of years and I think it’s finally giving up the ghost. I’ve tried attaching little weights to the bottom of the flag, but that doesn’t work to hold it down. Anyone got any great ideas for solving the gutter-flying flag damage problem? Before I put up a new flag!