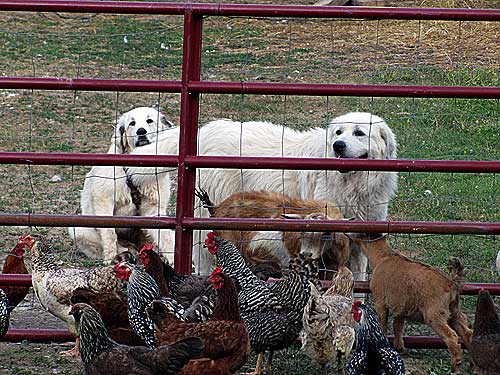 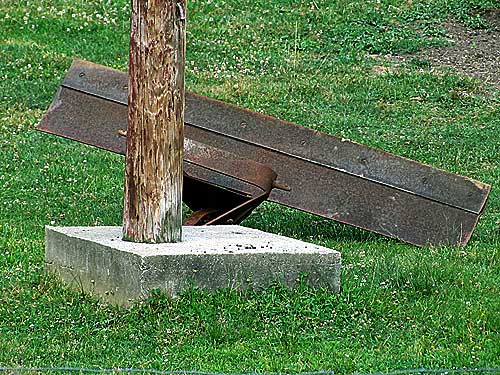 Meanwhile, some gratuitous photos of Coco and Chloe, back by popular demand: 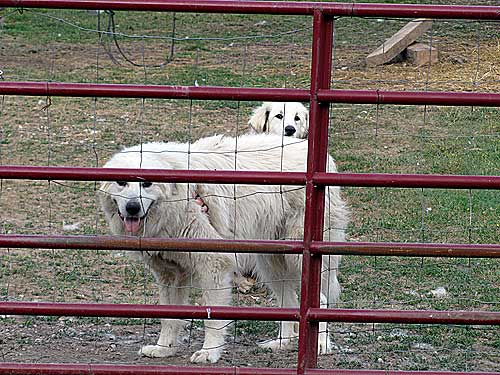 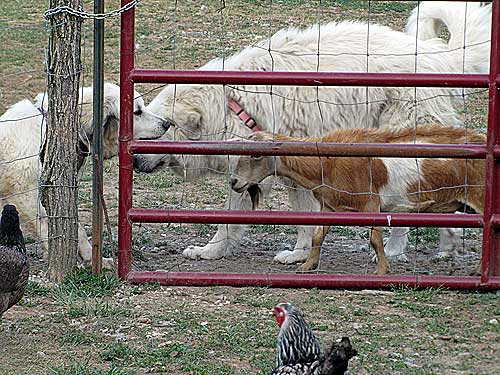 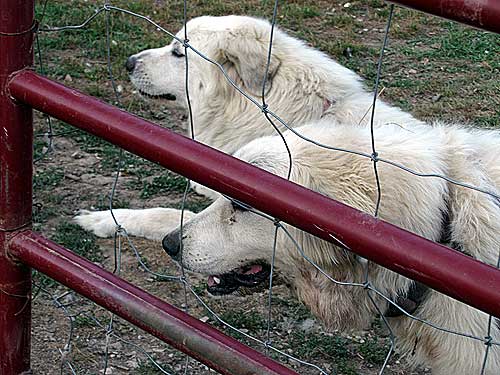 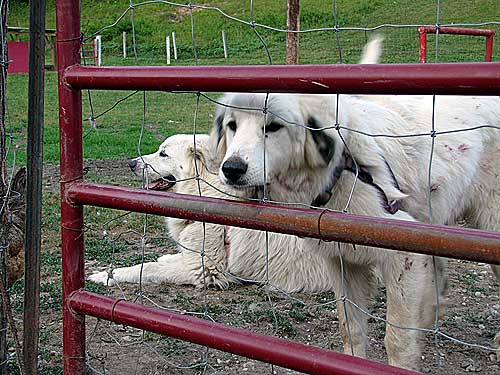 Update on Coco and Chloe: Chloe is about 8 months old now. (Coco is four.) She has a way to go before she reaches her full size, and may well outstrip Coco. We’ll see! She has big paws! Coco is still coming in the house at night. She still has a limp, but it’s not noticeable most of the time. Every once in a while, she decides to get frisky and start running around like crazy. Usually after she runs around, her limp will be more pronounced. This is the main reason I’ve limited her time together in the same yard with Chloe, but as Coco gets stronger, I let them have a little more time together. Chloe needs Coco to teach her a thing or two, and Coco needs the companionship.

Chloe stays out on guard at night. During the day, sometimes they are together, sometimes they are separated. Most often, Coco is in the barnyard and Chloe is in the goat yard, but sometimes they’re switched and sometimes together (in either yard). They’re getting along fine. Coco has made it abundantly clear who is in charge, and Chloe doesn’t even think about arguing her position. I wouldn’t say they’re best buddies yet. Coco accepts Chloe, and Chloe says, “Dear very large dog, please don’t hurt me.” And then Coco steps off her head and everything is fine. Coco never ever hurts her, but a number of times, I’ve seen her straddle Chloe, stand over her, and growl and bark. Chloe whimpers and stays on her back in a submissive posture then Coco steps off her and walks away. There’s no biting involved and I don’t interfere. This is dog business.

If you’ll notice the red paint on Chloe’s side in the last photo–she got into the paint on the goat house before it was dry.

P.S. Tomorrow, early, I’m headed for Morgantown to pick up Weston now that his summer session has ended. Long day ahead!