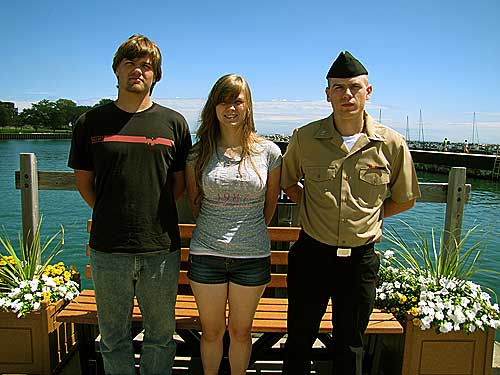 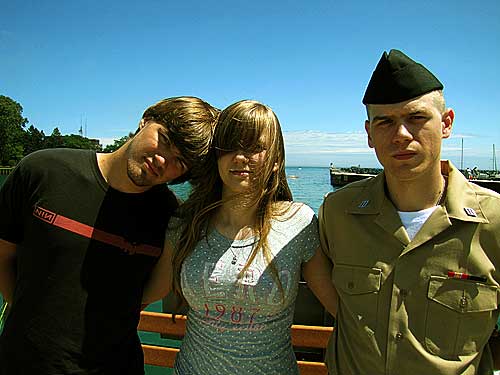 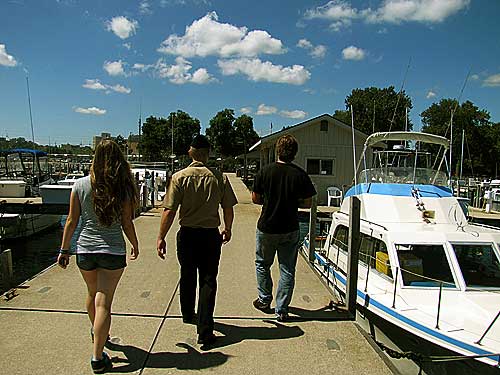 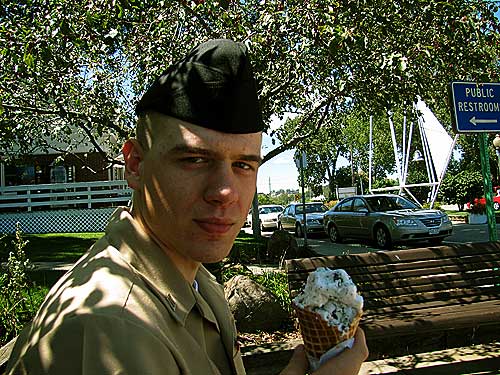 I swear he smiles and has the cutest dimples, but he hardly ever smiles for a picture!

An aside: We were sitting in a restaurant yesterday and a man approached our table, shook his hand, and thanked him for serving our country, then walked away. I thought that was amazing. I think Ross did, too. This weekend is his first experience of being out in public in uniform. (It will be another month before he’s allowed to wear civilian clothes in public when he’s off-duty. I brought some of his clothes with me here and he wore them only in private, in the hotel room.) Earlier in the day, when we were getting ice cream, he said he felt as if he stuck out like a sore thumb in his uniform. Wearing a uniform in public is still a strange feeling for him. It was perfect timing when later in the day this man approached him and thanked him for serving. I could just see it on his face after it happened, that he suddenly realized that the uniform brought so much respect with it. I could see how proud he felt.

Ross, reacquainting himself with the Xbox. 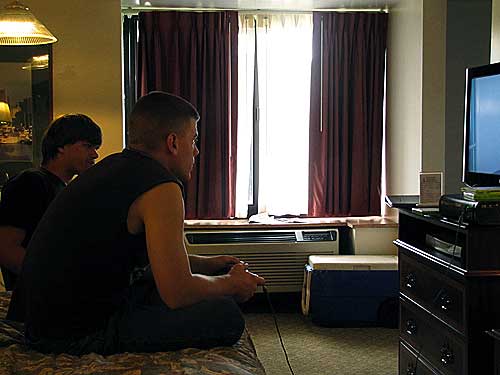 Today is our last day……… We head home tomorrow and Ross heads to South Carolina to learn how to be a nuclear submariner.