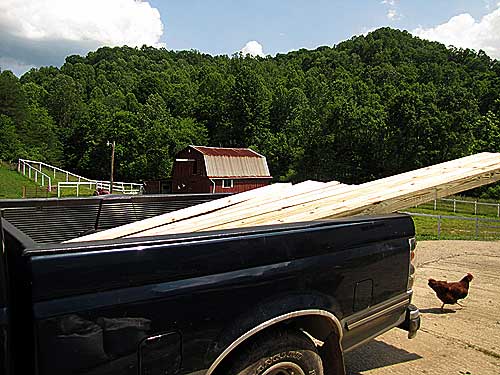 This has been the wildest, busiest week. Either I’m not home, or I’m home and there are a bunch of people here doing stuff. This morning, I took the truck to Charleston get supplies for the studio. After I unloaded, I took the truck to Spencer to get this load of lumber for the milking parlor. I love having a truck! After Morgan’s big day at the amusement park in Cincinnati yesterday, she spent the night at my cousin’s house. I picked her up on the way home with the lumber and said, “I like the truck better than the Explorer now!”