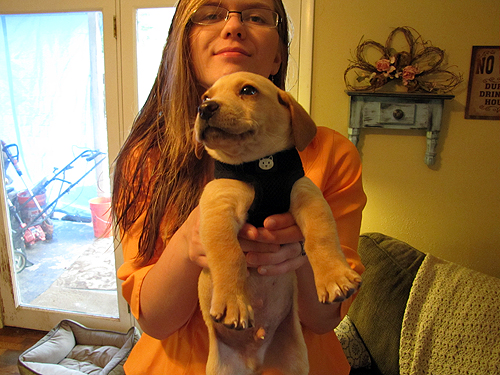 Morgan texted me yesterday: “Heads up. We got a new dog.” I texted her back that WE most certainly did not get a new dog, and she told me his name was Charlie and that he was adorable. She said she found him in the middle of the highway and not near any houses. She was on her way to her boyfriend’s house, where she put a cat harness on him and a pink leash then brought him home. He has really short legs, by the way. Reminded me of dachshund legs. But he looks like a lab otherwise. Do you know if you cross a dachshund and a lab it’s called a dachsador? I don’t know if he’s really a dachsador. Maybe somebody can figure that out in Morgantown, where he’s going, because I’m calling him Morgantown Charlie. 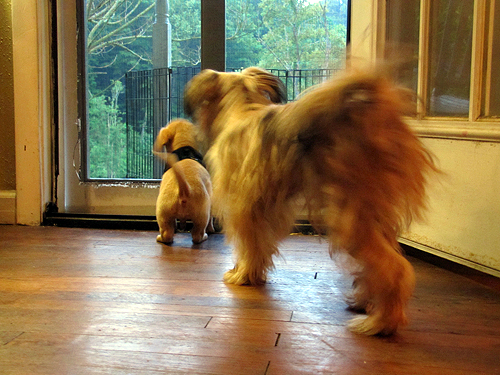 Because when she goes back to WVU in the fall, she better be taking Charlie with her!