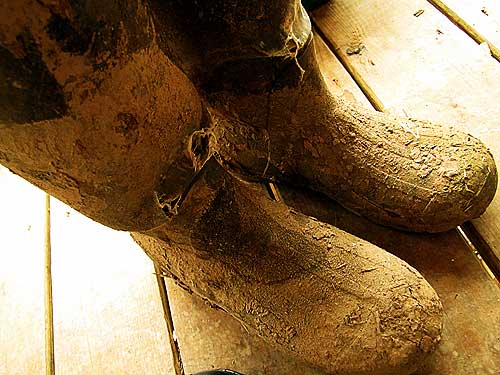 I actually love these old chore boots, despite how they look. They look awful. They look like they’ve been “rode hard and put up wet” and that’s kinda the best thing about them. I think I stole them from the cellar at the old farmhouse, but I don’t remember for sure. Actually, I think Morgan stole them and then I stole them from her. They’re big, and one of the things I like about them is that I can just stick my feet in and pull my feet out. It’s handy because they’re gross and I don’t want to touch them. It’s also a danger when the boot-sucking mud tries to rip them off my feet, which HAS HAPPENED, so I have to be careful.

What I don’t like about them is after three years of constant abuse on the farm, they have worn holes around the soles (and other places). This means when I’m in standing water or soupy mud, it gets into the boots. Every time I go out and come back, I have to change my socks.

I finally got tired of changing my socks. 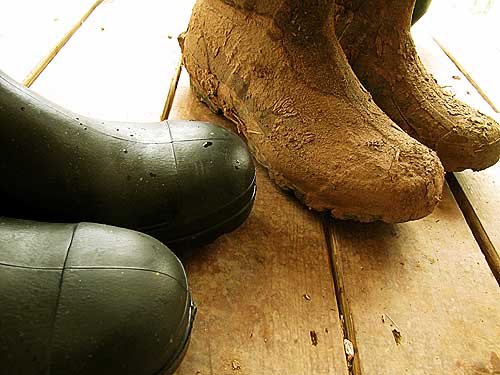 They’re as much like my old boots as I could find. 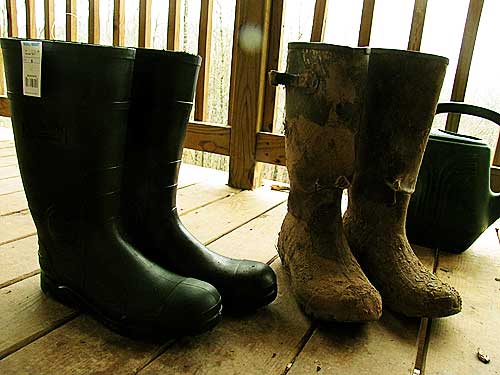 They’re high, so I can tuck my jeans in, and big, so I can stick my feet in and out without having to touch them. They’re okay, but I feel like I don’t know them yet. They’re all not ripped up and everything. And they’re too clean. 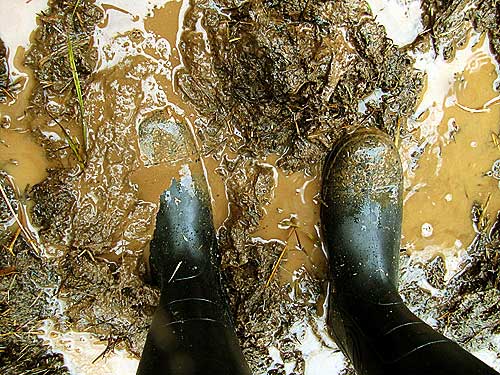