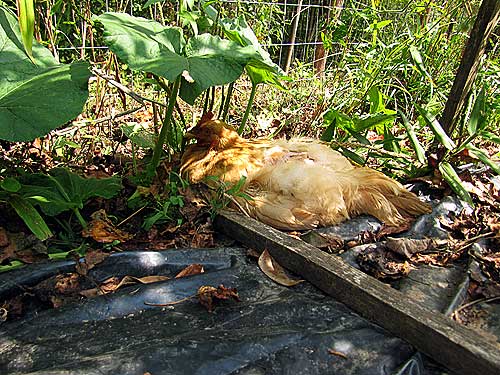 A buff hen was arrested Sunday after she was discovered engaging in unauthorized hatching. The single mother of one made no comment when she was arraigned in the farm garden. Numerous goats and one large calf witnessed the event and reported seeing the hen deliberately sitting on eggs. The involvement of a rooster is suspected, but he has yet to be identified. The hen has also been charged with poaching tomatoes. 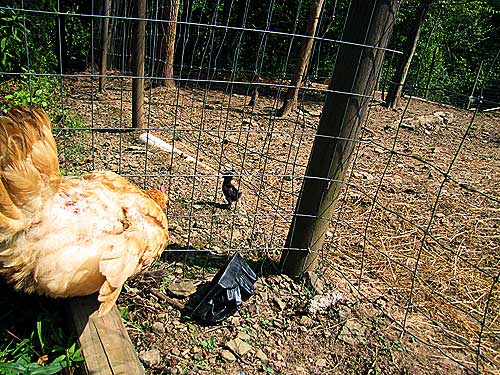 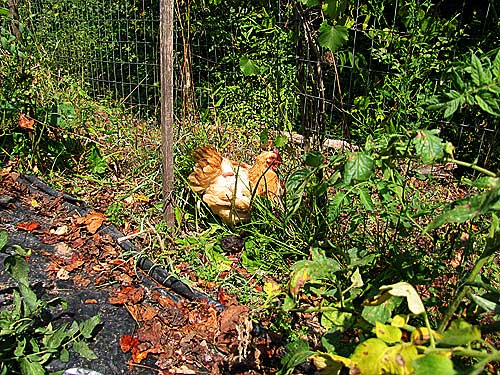 The chick is being held in protective custody.