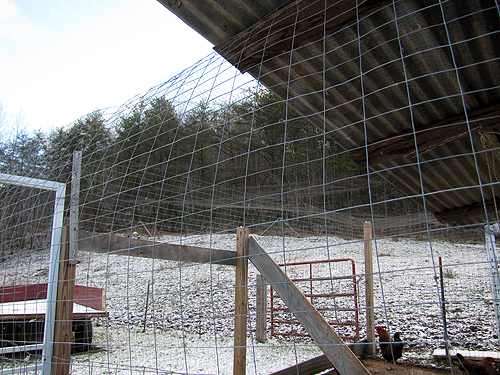 I’ve been trying to keep the chickens in their house and yard, but they keep flying out. Even after we raised the fencing higher. We went over several possible plans to put some kind of barrier over the top, then discovered some rolls of netting stashed in the rafters in the cellar. Hunh. This netting was left here by the previous owners and I’d never done anything with it or really paid attention to it. We decided, since it was free, to give it a try over the chicken yard. It’s kind of flimsy netting, so I’m not sure how long it will survive the elements, but it’s been up a couple weeks and so far, so good. There are still two hens out that need to be caught, and one rooster. 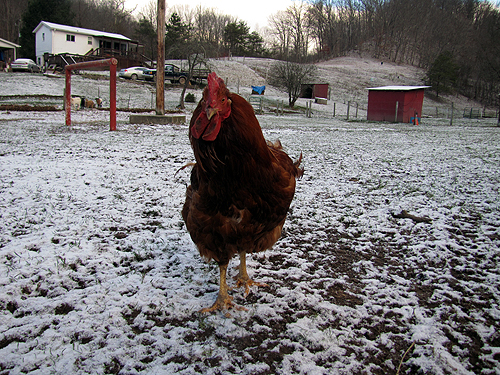 He doesn’t need to be caught, though. We put him out on purpose. He was spending his days hiding in a corner of the chicken house because the other roosters were beating him up. So we let him out on purpose. His feathers are recovering, and he’s being a bit of a pet, getting spoiled on the outside.

He’s like Ferdinand the Bull. Too sweet to fight. So I’m calling him Ferdinand.