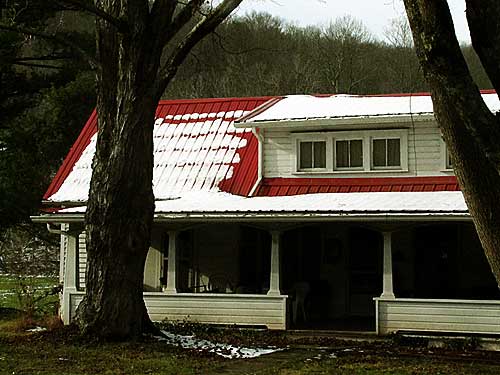 I lived here for two and a half years. (See more about the old farmhouse here.) The most amazing part of that point is that in the two and a half years I lived there, I lived there for three winters. If there’s any season you don’t want extra of in the old farmhouse, it’s winter, but I managed to time it so I spent three winters there. Not three summers. Not three springs. No. Three WINTERS.

Anyway. (Apparently, I’m not over it yet.) Today, I LEFT THE FARM.

It was very exciting. I found a child-like person at my cousin’s house (next door to the old farmhouse). 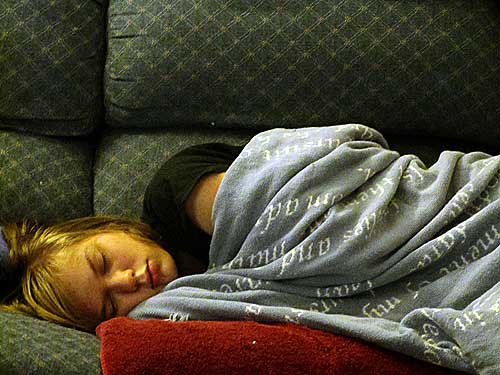 She has a bed there, but she fell asleep on the couch last night watching a movie. She’s living the life of Riley over there. I tried to convince her to come home, but we are expecting another snowstorm starting tomorrow and she wasn’t budging.

Days after the last snowstorm, our road still looks like this: 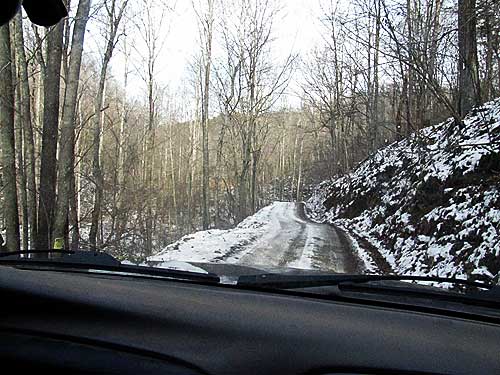 It’s passable only with a 4WD and a slight death wish. 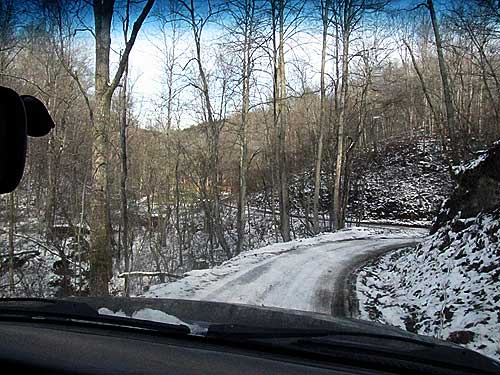 I went home, after my brief foray in civilization, and left my car at the bottom of the driveway, next to stacks of covered hay, where it will likely stay for months. 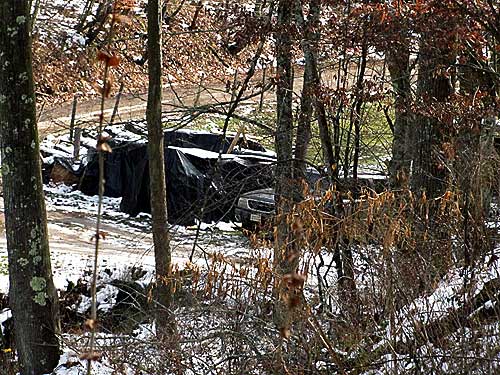 And in case you’re wondering:

1. I am not the one who got my car down the driveway.

And 2. I’m not the one who drove over that road!