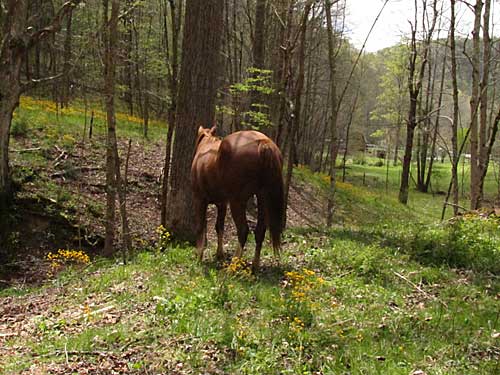 Morgan hasn’t tried to ride Patriot again yet. She’s starting lessons on Monday. I think she and Patriot both could use some re-training and brush-up work!

On another subject, the other day, a Frontier phone man stopped by to tell me that I could have DSL now. I’ve longed for DSL! But! I don’t really know anything about it. I’ve never had DSL. Satellite internet is all that has ever been available in the country here. DSL is starting to creep in. I can’t say that I’m highly satisfied with satellite internet. But switching to an unknown still seems a little scary.

If you’ve switched from satellite internet to DSL, tell me about it!