So, I was in Wal-Mart in Spencer today, after having looked at a couple other grocery stores for pumpkins. The pumpkins are gone, at all the grocery stores around here. There was a produce guy standing there at Wal-Mart so I said, “You don’t have any pumpkins?” He said, “Halloween is over.” I said, “But what about Thanksgiving? PUMPKIN PIE?” He said, “We have canned pumpkin on a display in the middle of the aisle. Can’t you use that?” 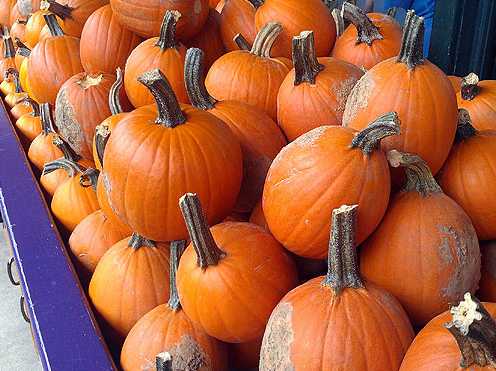 I had to go all the way to Charleston to find pumpkins!