I worked hard this weekend. I got through all the line edits on the book except for the recipes. I’m going to tackle those today. I skipped them while I did the line edits because I want to comb back over them carefully, making final decisions. I’m probably going to add a few more, and maybe switch some out. Also on my list was my column for the Daily Mail (done) and three freelance articles (for Chevy). I did all of that except for the third article. I worked all day Saturday and started working again at 6 a.m. on Sunday.

I took my 2013 CITR calendar seriously (I told you, I put those things in there for a reason!). 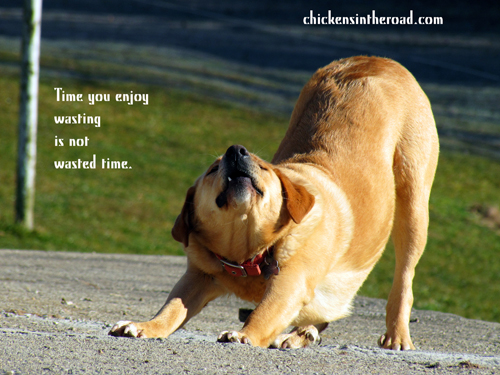 When my friend Jerry called and asked me if I wanted to go to Blue Creek with him and ride the rail bed on his four-wheeler, I went! I could have gotten more work done if I’d stayed home, but I decided that was enough work for one weekend so by noon I was here: 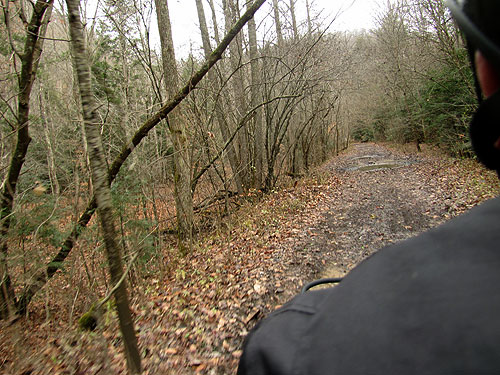 Blue Creek is in an area not too far away, next county over. There are tons of trails, and most of them are former rail beds. The railroad carried coal and ran to what is now the Capitol Market (farmers market) in Charleston. In an odd twist, the railroad also was the “school bus” that carried kids to school. It’s hard to imagine putting your kids on a train to send them to school, but out of those wild and woolly hollers where a bus would actually be dangerous, it was the most efficient way to get them there. (If you’re interested in that weird bit of West Virginia history, there are some neat pics of kids getting on the trains here.)

While crumbling trestles remain, the trails cross back and forth over Blue Creek repeatedly, which is an aspect that just makes it all the more appealing for four-wheelers. 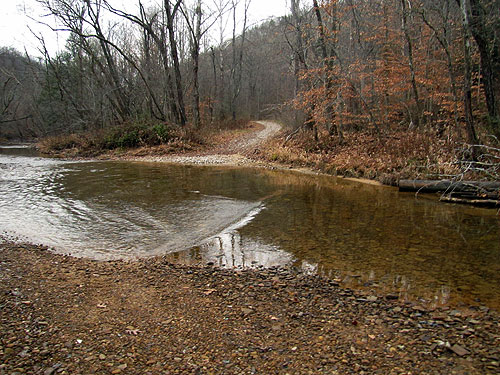 These are punch mines. I’d never seen a punch mine before, so that was interesting. And creepy. 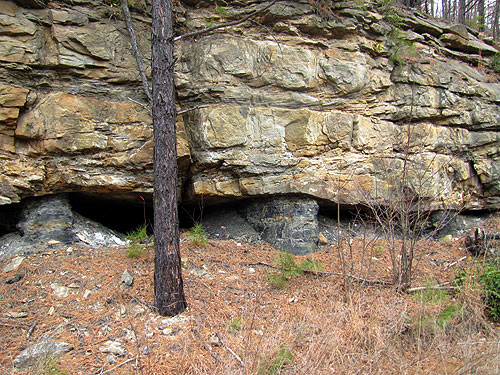 This is a specialized type of mining where they mine right into an open seam of coal in a rock face. This is what it looks like inside (taken with my flash). 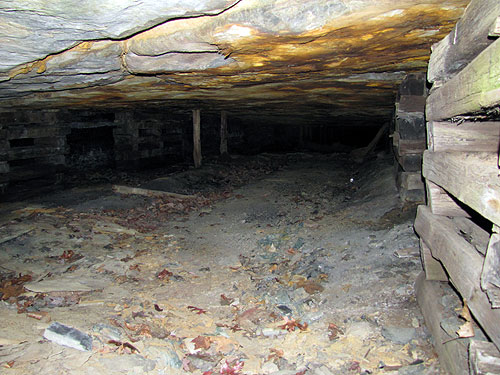 Cuz you know I had to go in there! 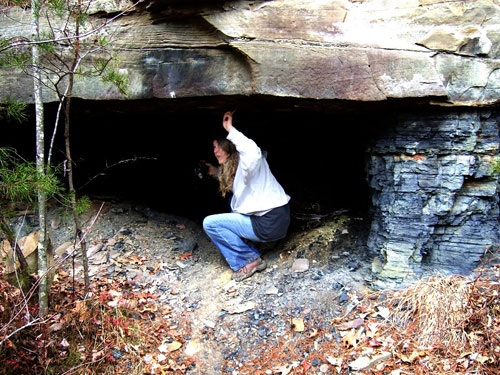 At least a little bit, not far, because it was so creepy in there. You could not pay me enough to do that job.

Then I came home and made fried chicken for Morgan.

And I’m glad I took the afternoon off (that was fun!), and I really need to take time out, get away from the farm and the computer, and have some fun sometimes. But, now I have to get back to work, so please bear with me a few days while I finish up with the final edits on the book. I’m almost there!