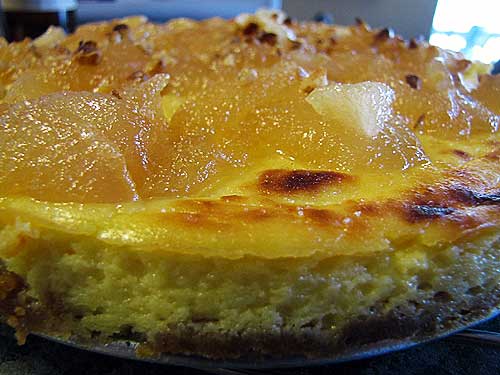 I made two tarts yesterday, one to keep and one to give away. They were based on cheesecakes. I used my cheesecake recipe here (and my homemade cream cheese). I used the recipe for one big cheesecake, but I divided it into two 8-inch springform pans. I only lined the bottom of each springform pan with the graham cracker crust. I divided the cheesecake mixture in half, half per pan, and baked. Meanwhile, I melted 1/4 cup butter in a skillet then I added 1/2 cup sugar and about 3 cups sliced pears.

I have pears again. 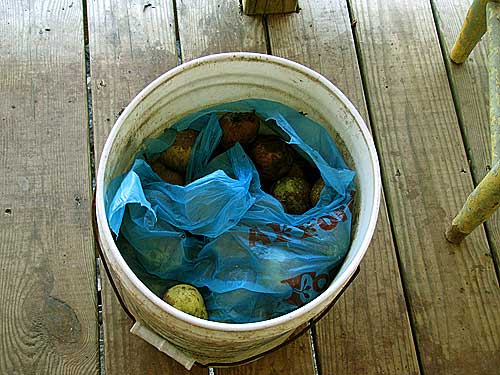 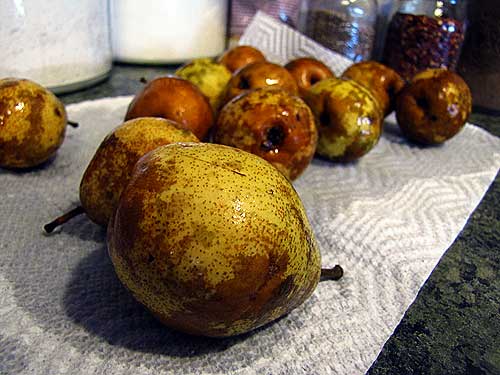 These pears were on the road. Just on the road. On our little dirt-rock road. 52 brought them to me and I was like, PEARS?! I am still having pear nightmares from last year.

I turned the heat on high and cooked down the pears in the butter and sugar. When I took the two small cheesecakes out of the oven, I scooped the pears, with just a bit of thick, sugary syrup, on top. I sprinkled walnuts over the pears, sprinkled MORE SUGAR over the walnuts, turned the oven on broil, and put the pans back in for about two minutes. Just long enough to get a little toast on the walnuts and a bit of burn on the top of the cheesecake. Don’t go overboard here. Just scorch it a tad.

Then I chilled ’em.

I gave one to Missy for bringing the iron and helping us to disbud Glory Bee and kept the other one for us. 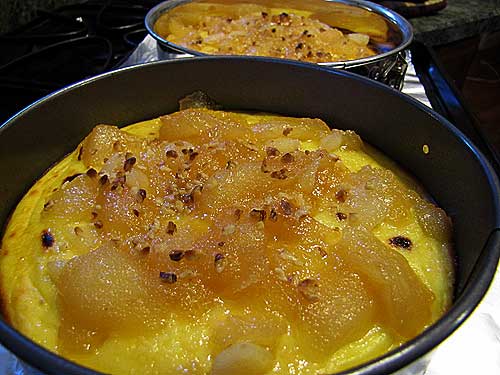 It was delicious. Just an idea if you have too many pears in your life! Or apples. It would work with apples, too.