Somebody knows how to get what she wants. Because somebody is so bad. 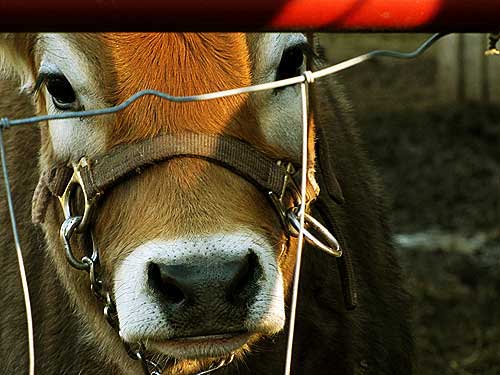 At 7:30 a.m. I checked on the goat yard and noticed the gate hanging WIDE OPEN. This is not the same gate that was open the other day when Jack tried to take Poky on a date. This is the other gate on the other side of the goat yard, the side of the goat yard that is near the chicken house and BP-land. I jammed my feet in my chore boots and headed down–in the rain. Because it was early and because it was raining, all the goats were still in the goat house. Goats have delicate sensibilities and don’t like to mess up their hairstyles, so they don’t go out in the rain. They also don’t roll out of bed until at least 8 or 9 or maybe later if it’s the weekend and they are pretending to be teenagers. Jack and Poky are early risers, but they were busily munching hay on the other end of the goat yard and perhaps had not noticed the open gate. Goats and donkeys all accounted for. Everyone present. EXCEPT.

I latched the gate again, and couldn’t even tell how it had been opened (will take some inspection later), and looked around. No Glory Bee to be seen anywhere. No Beulah Petunia to be seen in BP-land, either, but BP-land is a vast territory. Slightly feeling panicked over the missing Glory Bee, I decided it wasn’t time for full-blown hysteria. After all, where had she most likely gone? I headed deep into BP-land, far from the house. 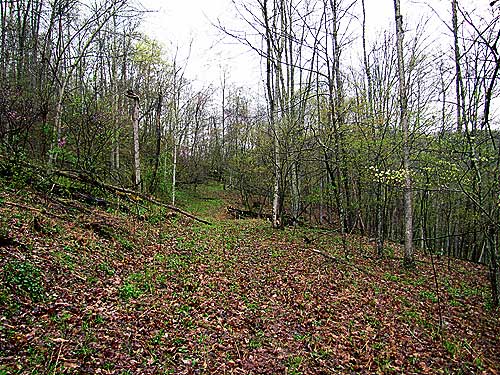 I eventually spotted BP and whispered, please, please, let Glory Bee be there….. 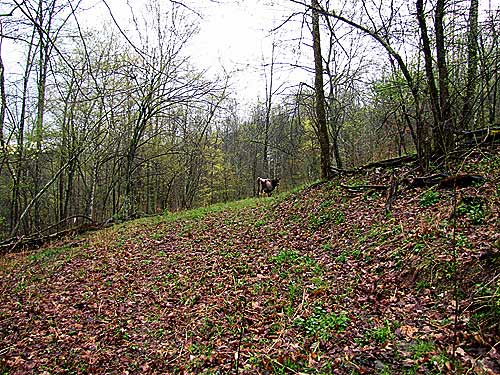 And whew, there she was, my precious giant calf. 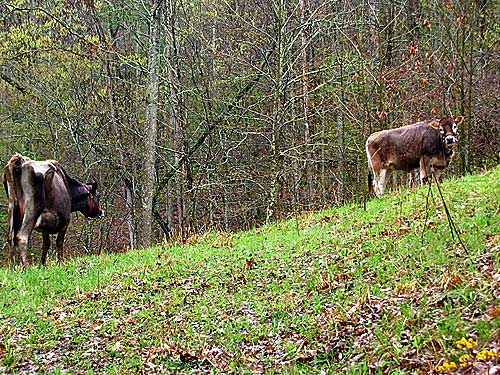 Then I spanked her to within an inch of her life! Sat her in the corner of the pasture! And took away her Pokemon cards! 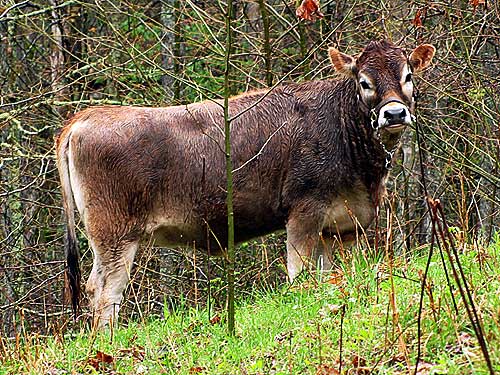 Or, actually, did nothing because what was I going to do?

BP: “My world is finally right. I’m home with my baby.” 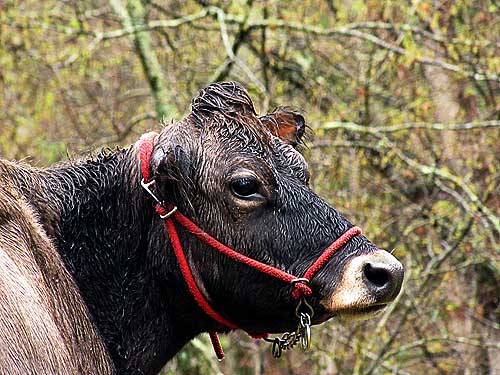 Beulah Petunia was over there because today was my milking day. She has been trading back and forth between the goat yard, where we’ve been keeping Glory Bee, and BP-land as Glory Bee and I take turns milking. On tap this weekend were moving plans for the bucks, the ducks, the donkeys, and maybe also moving BP and Glory Bee permanently back to BP-land–but only if there was time to get a separation fence up so I could milk. However, Glory Bee has moved herself. And there’s no separation fence up. And it’s raining, pouring, coming down in buckets here right now, so I’m not sure what all we will get done today. 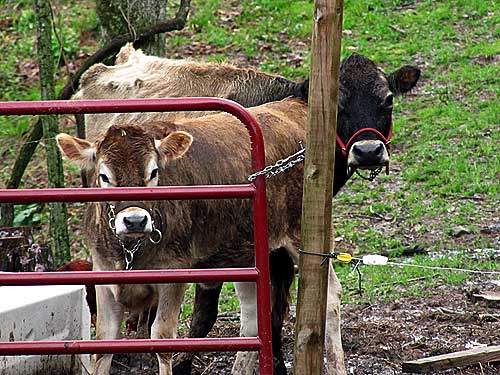 But I have a feeling BP and Glory Bee just don’t care.