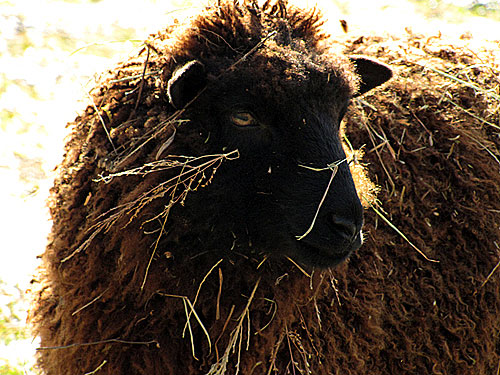 It was like someone died. They got down on one knee in front of my chair and talked real careful like they thought my head might blow up, and said, “It’s not that bad. We won’t make you turn your water off yet. But you have to replace the rest of the plumbing, because if you don’t, you’re not going to have any water anymore.”

All the plumbing to the kitchen was replaced last week, but the remaining plumbing that goes to the bathrooms was just insulated. They said it didn’t look good, but they would try to keep it limping along with the insulation. Unfortunately, we had another night in the teens since then and it sprung a leak. They said it was really brittle, very old PVC. They’ll be back Wednesday.