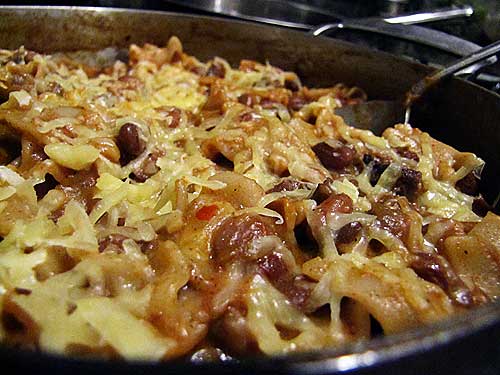 Mesophilic starter is used in many hard cheeses made at moderate temperatures, such as cheddar, colby, monterey jack, and also in most soft cheeses. You can buy the direct-set in 5-packs for $5.95. This is the easiest way to go and I’ve bought a lot of them! But it’s the most expensive way to go, too. (Though if you buy twelve 5-packs, you get them for $3.00 each, which is what I did the last time I ordered.) OR you can buy a packet of starter that you can incubate yourself and will make a number of recipes. I’ve never tried this method. Another way to save money is to buy a big pack of the mesophilic powder that you can still use as direct-set (avoiding the incubating thing) and divide it up yourself!

As I noted in my gouda post, soft ripened and fresh cheeses such as gouda (and brie, camembert, and others) are best made with a special type of mesophilic starter that contributes to the more buttery flavor and soft texture of those cheeses. New England Cheesemaking only sells this special starter in bulk packages. Here is the tip I got from New England Cheesemaking expert Jim Wallace about dividing up bulk starter packages. Note that this pack, like the regular mesophilic big pack, is $11.00. I divided this pack up into twenty-nine 1/4 teaspoon packets! That’s about 30 cents a packet (as opposed to buying a direct-set packet for over $1.00 the expensive way in the $5.95 direct-set 5-pack.

By the way, the reason you want to divide up bulk packets the first time you open the package is because constantly exposing starter to the air is bad for the starter. It needs to be kept sealed until use to avoid possible contamination from ambient bacteria.

The first time you open a bulk pack of starter, pour it into a clean bowl. Tear or cut strips of aluminum foil into small pieces. Measure out the starter onto each strip of foil. I used 1/4 teaspoons for the special mesophilic starter. 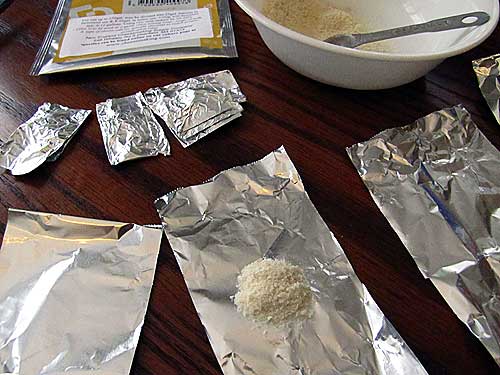 A quarter teaspoon is the right amount for a two-gallon recipe. (If you’re using raw milk, you can use 1/8 teaspoon.) If I’m making a baby cheese, I’ll use half and save the other half for the next time, but I don’t want to open these packets more than once or at the most twice after I divide them up and seal them away. 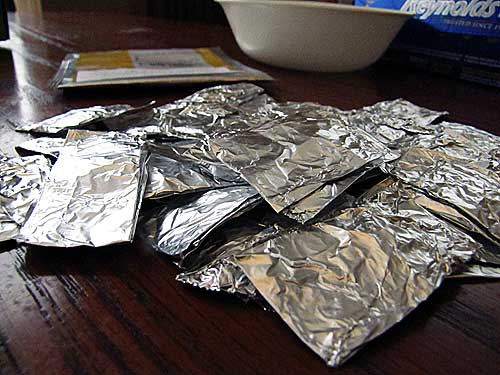 After sealing up the divided starter into packets, I placed a few packets each into small plastic bags. Again, I want to open a baggie as few times as possible, so I divided them up. (This is for further protection of the starter.) 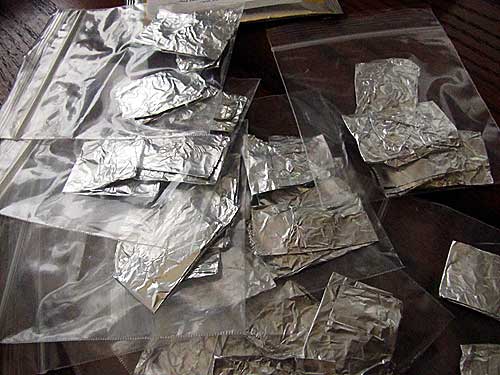 Then I put all the baggies into a labeled freezer baggie, along with the empty original package, and into the freezer. 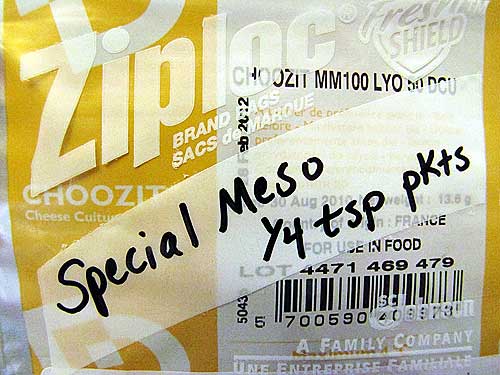 A lot of starter, but not a lot of money!