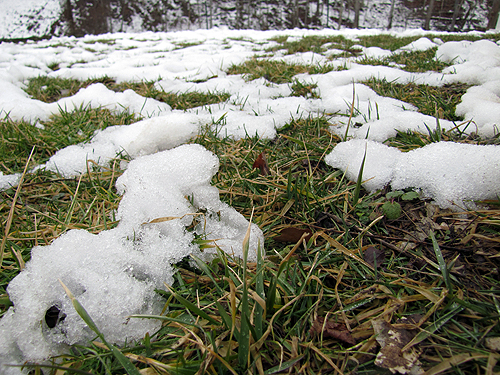 It’s been over two weeks since I’ve seen the ground. That’s a long time for snow to stay on the ground non-stop here. Usually, it snows, melts, snows, melts. There’s green grass sightings in between. The past couple of weeks, the temperatures were so consistently low, the snow just stayed and stayed and STAYED. But today, I think it’s leaving! It’s going to be 50. Then yes, we’re going to have another cold spell and some snow, but I don’t think too much.