Dumplin got herself in a pickle the other day. 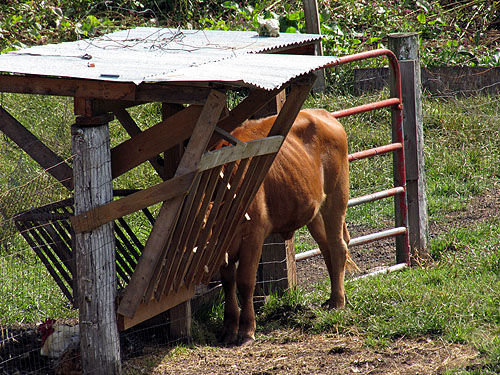 Yep, that’s Dumplin with her head stuck in a hay feeder. 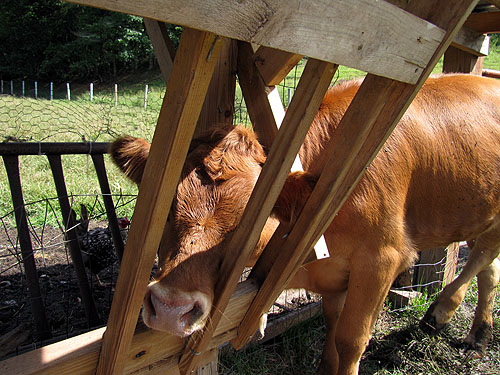 She was none too happy about it either. This hay feeder was built for sheep and goats, but I had Dumplin in the front barn yard, separated from Glory Bee for milking, and I now know it needs to be reconfigured for calf use. That hole she got her head stuck in is too big for a sheep or goat to get stuck, and too small for a cow to get stuck, but just right for Dumplin! Apparently! 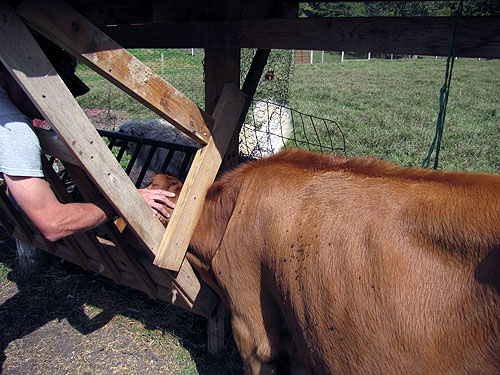 I called my neighbor Jim and said, YOUR CALF IS STUCK!

I love how I can blame all of Dumplin’s foibles on my neighbor now since he bought Dumplin. (She’s staying here over the winter but she’s his now.) 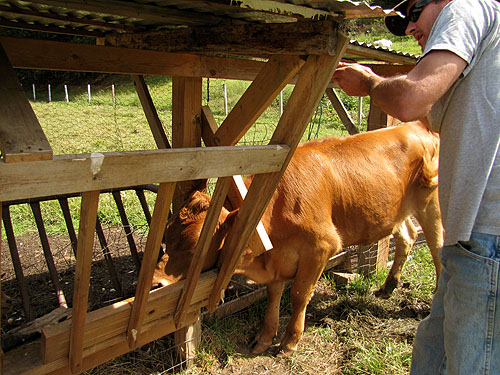 She had to endure some excessive petting while she was trapped, which she would never put up with otherwise, then Jim pried out the side of the feeder and set her free. 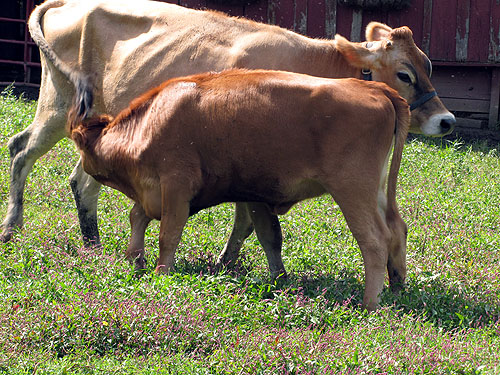 I let her have some mama time to make up for all her distress. She needed comfort!

And then I moved them both back to the field across the road until I can get the feeder redone for a crazy calf head. And they lived happily ever after. Until she moves to Jim’s house…..