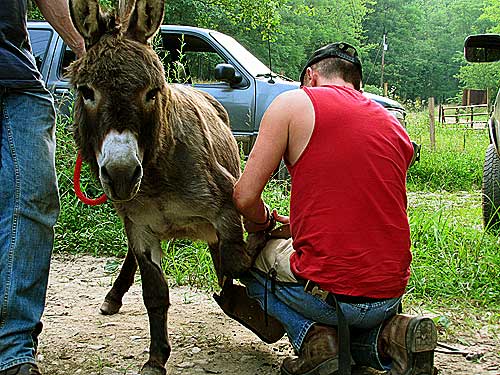 Jack’s pretty used to his groomer. We are the third (and final!) of Jack’s owners to use the same donkey hoof trimmer. But he got pretty upset about the whole thing last night because it caused a temporary separation between him and Poky. He was antsy while he was being trimmed. Then we put him back and brought out Poky. We recently brought Poky down to the meadow to join him. When we put him back in the meadow and brought Poky out, he almost broke the gate in desperation.

I think he loves Poky.