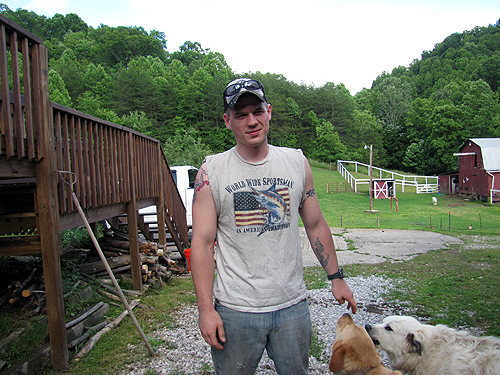 So, last we heard from Ross, he was headed out to sea, first for a short at-sea then a long LONG at-sea and we didn’t expect to see our erstwhile hero until after the first of the year. But then he got back from the short at-sea and they decided they wanted him to take a couple training classes. Meanwhile, his sub got underway on the long LONG at-sea, leaving him behind for now. Then one of the classes was cancelled. So then he showed up in my driveway!

Without explaining any of this to me OR telling me he was coming beforehand, OF COURSE. He likes to SURPRISE me. And so Ross is home for TWO WEEKS! Then he goes back for the other class then he will be flown overseas to meet his sub and I really won’t see him again until after the first of the year.

Unless something changes and he doesn’t tell me and he just shows up at my back door.

Because we never know, really.

MEANWHILE. My power has been out since yesterday, just got it back this afternoon. This week is shaping up pretty rough here. I’m behind on everything, and needing to focus on getting ready for workshops this weekend. And keeping my Navy boy fed. Back as I can!