We had Glory Bee in the goat pen overnight. This morning, we tied her out with a bucket of milk. (We managed to get her mouth down in the milk a couple times so she tasted it.) 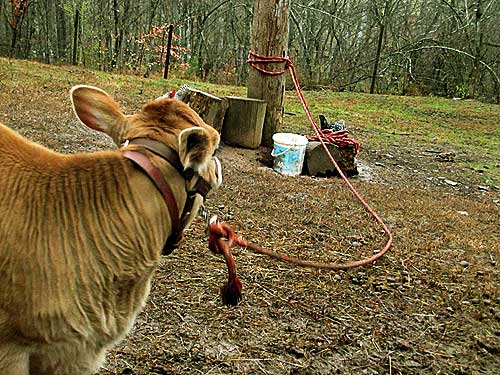 Didn’t take her but an hour to break away from the rope, which was attached to her halter ring. Her halter is still on, so it’s the rope that broke away, not the halter. Obviously, we need one of those clip-on things…. 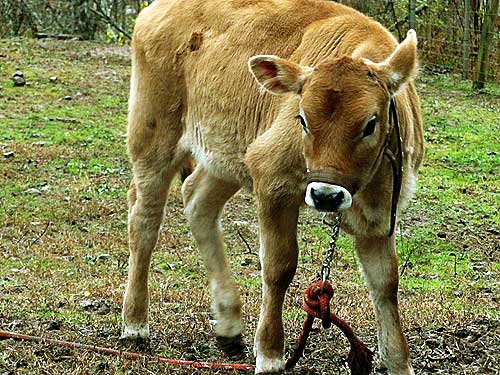 The milk bucket was kicked over, but I don’t know if she drank it or just knocked it over. 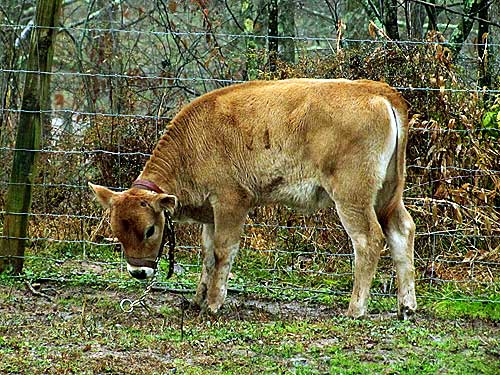 I suspect she just knocked it over.

I was going to try a calf bottle on her later, but I can’t try that until I can get her back in the pen. She has access to hay and water in the yard. She also has access to two shelters, and it’s now pouring down rain, but so far she won’t come in out of it. We got some calf starter, but I only want to put that out for her in the pen, alone, because otherwise the other animals will get into it and eat it all up.

So, today’s progress is actually a step backward because at the moment, she’s running around the goat yard.