Look who we have here! 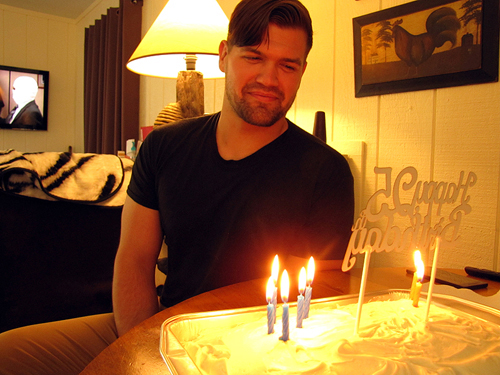 Weston! Weston finished his four-year stint in the Army just in time for his 25th birthday. That’s right, he’s 25. Boggle! 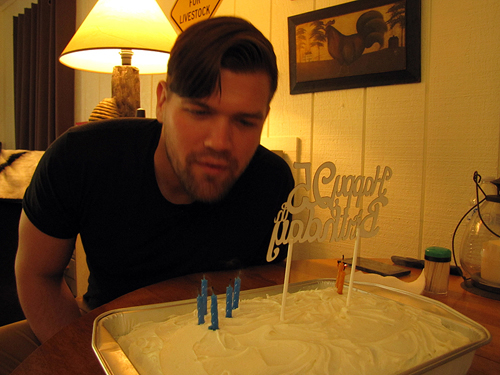 So here’s the Weston update: He’s 25. (Did I already say that? I’m still shocked.) If you’ll recall, he started college at WVU Morgantown on a full National Merit Scholarship, then veered off to a four-year adventure in the Army. Which apparently wasn’t quite adventurous enough for him because he was never deployed anywhere in the dangerous world, so he still needs more adventure. (Mom is very happy that he was never deployed into the dangerous world.) Now he’s going back to college–but not to Morgantown. In a twist that took everyone by surprise, he decided to go to the University of California at San Diego. Why???? Can he possibly go further away? California? Really? He’s never been to California and he thinks it sounds like an adventure. He’s planning to travel during school breaks and see the West and Japan and wherever else is in reach from the West Coast. Well, he’s young and single and I suppose this is the time. (But I wish he was going back to Morgantown!)

Meanwhile, here’s Ross, who also had a birthday this month. 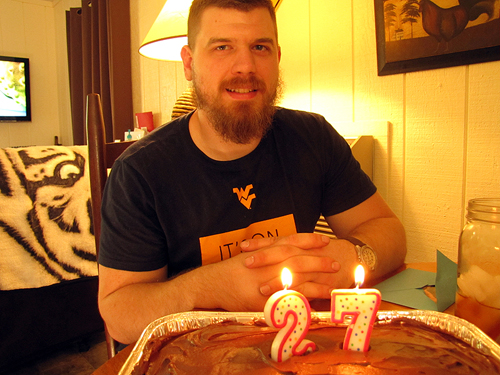 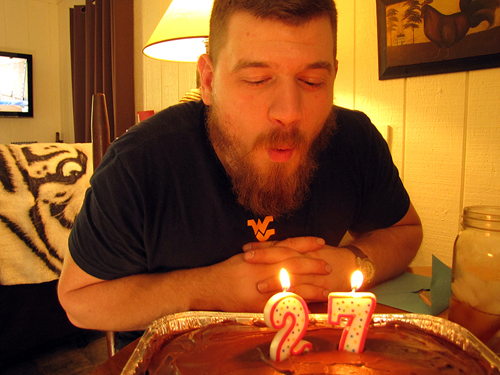 Ross finished his six years in the Navy a couple of years ago and is currently attending WVU Morgantown (whew!). Remember his high school girlfriend Selena? They’re still together and planning their future.

P.S. While this post is about the boys, I should mention Morgan, too. She’s 22 and just graduated from WVU Morgantown with a degree in History. She’s working again this summer as a STEM (science/technology/engineering/math) ambassador for 4-H, and will be starting a direct PhD program in Morgantown in the fall. She’s still with her longtime boyfriend Justin, and planning a future as a history professor. They’ve all grown up!