As expected, today at 2:00, 12-15 people showed up in 4-5 vehicles. I took a bucket of feed to the cows ahead of time and led them off to the outer limits of the field. One gentleman arrived early and thanked me for mowing a path. I told him that had been done by the gas company. I went back to the house as the rest of the people arrived. They brought a cooler with their own drinks and wandered around the well, well house, and tank, staying on the path.

When they were finished, some of them came up the driveway to admire the animals. I offered to take them to see the goat babies. I managed to catch one for them to pet. We talked a little bit and they told me the lady’s name was Betty Quick. Then they gave me a card in an envelope and thanked me for allowing them to come. I told them it was no problem at all and said they were welcome to come back any time if they wanted to visit the well. They said they didn’t think they would be back.

They left flowers at the well house and the well and drove away. 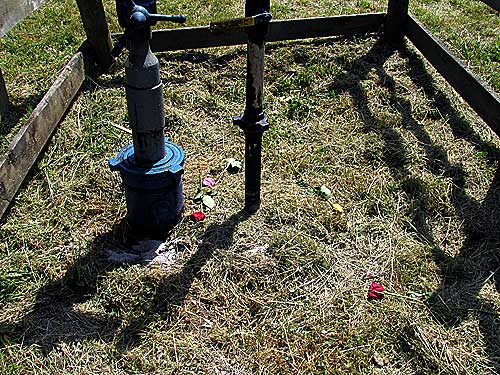 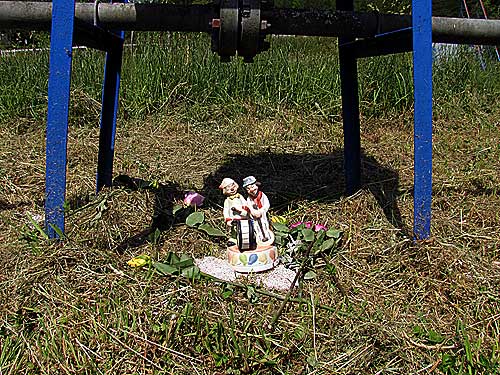 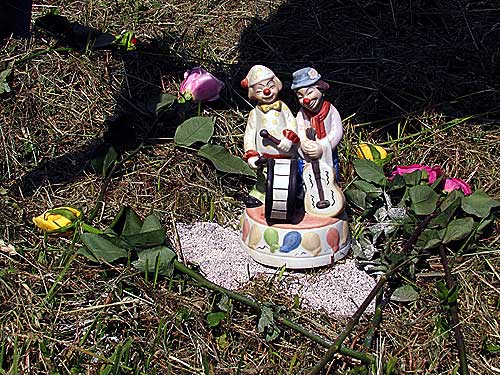 The music box plays Send in the Clowns. (Yes, you know I am too much of a Curious George not to check!) I’m not sure what to do about the music box. Leave it there? It will get broken and trampled eventually. Does it matter? I should just leave it, right? That’s where they left it. With Betty. There wasn’t exactly a scattering. Which was a little startling.

I went back inside and opened the envelope. Three one-hundred dollar bills fell out of a thank-you card.

Morgan came downstairs and said, “You can’t keep that! You didn’t do anything for it!”

And I hit her over the head with the envelope.