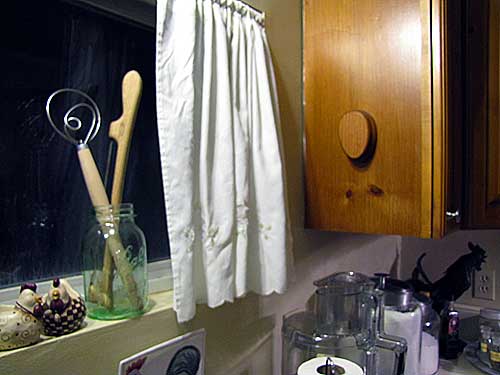 There was a question in the comments on my post about the kitchen in regard to the “knobby thing” seen on one of the upper cabinets. I, too, did not know what that was, and I can’t remember now who explained it to me. (The week I moved in here is a little blurry with activity and upheaval!) But someone told me that it was to hold a kitchen towel. I’ve never seen anything like it before, but maybe I’m sheltered. If you look at it from the side, there’s a marble in there. 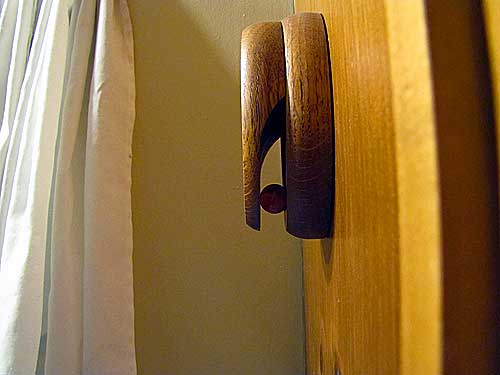 I would rip the whole thing off but I’m afraid it would leave a mark on the cabinet. When you look inside the cabinet, there’s no screw visible, so it has to be attached directly to the exterior of the cabinet. 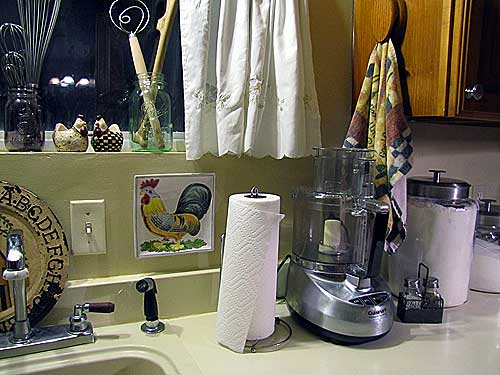 See, it holds a towel! But I just did that for demonstration purposes. I keep my food processor below that spot, and it’s not even that close to the sink. Anyone have one of these? Seen one in another kitchen? Would you rip it off? Do you want to come over and rip this one off? I don’t like it. I’m trying to figure out some way to decorate around it to hide it. Maybe I’ll make some crafty thing and stick it in there, instead of a towel!