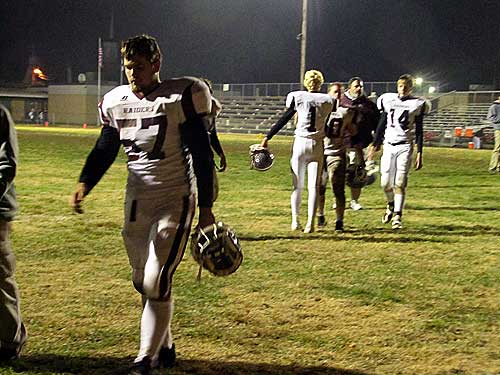 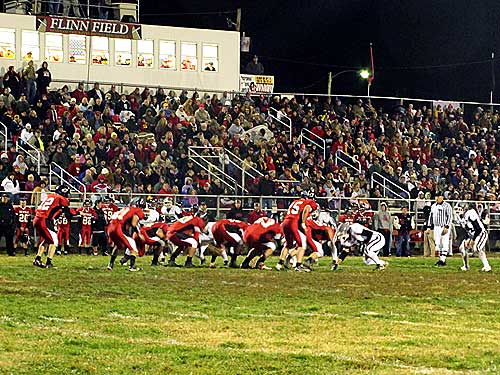 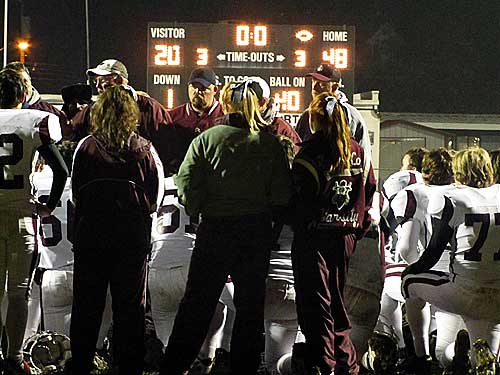 They were kicking themselves afterward for not playing up to their ability in the first quarter, but they were good sports. They had a school record-breaking winning season and, for the first time ever, took their school to the second round of the state playoffs. And, small schools from small towns who aren’t used to winning know better than anybody how to lose with their heads up. They have a lot of practice at that, so they’re pretty cheerful. 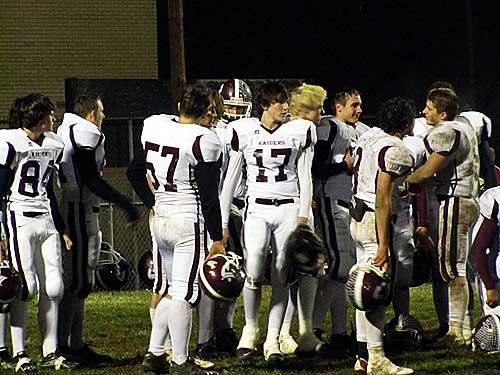 I traveled to the game with Morgan and one of Weston’s friends. Weston rode back with us to the school to meet the team bus. We stopped at a Taco Bell. Everyone was happy. He met up with his girlfriend at the school at the band bus and then he was even happier, and everyone went off to spend the night together in town as per their usual Friday night routine. (Weston, Morgan, and their whole nerdy geeky group spend every Saturday playing some kind of nerdy geeky game that I don’t understand.)

Thanksgiving week just got a mite bit easier as there is no football practice. (Just basketball practice for Morgan.) Weston will (finally) start driving again starting Monday. He will be behind the wheel of my old Jeep. Keep my Jeep, me, and Weston in your thoughts.

A lot of senior blockers will be leaving the Raiders this year. Next year’s team may not be as successful. The runningbacks can’t run if they don’t have blockers. I don’t know, I won’t be in the stands next year. But this junior #5 here, he’s a star. 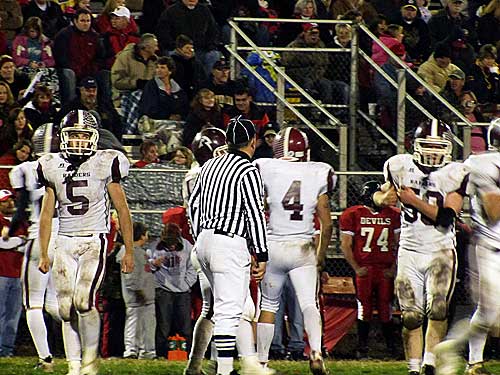 Somebody give that kid some blockers.

I think I know way too much about football now. I suspect I shall forget it all shortly.

Except for this one thing.

It was worth every cold, hard, late-night minute of the last five years that I was there– 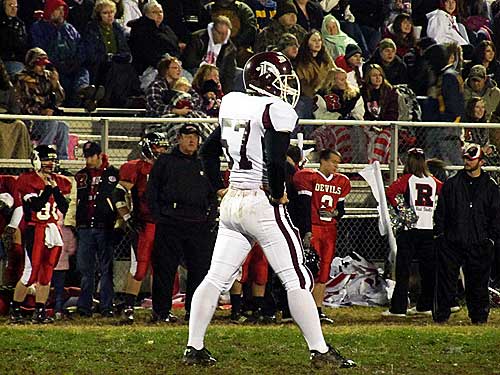 P.S. I told him after the game that he could quit the team now.