I’ve wanted to put a shelter in this field for awhile. As soon as I put the horses in the back barn yard for the winter, I realized I didn’t like the idea that much–for several reasons. One, the horses were more confined than I liked. It’s not how I want to keep horses. Aside from that, it’s hard on BP. I have Glory Bee and Dumplin in the front barn yard and don’t want to add BP to that area–it’s hard enough on the front barn yard to have one cow on it all winter. The front barn yard is my “work area” and cows really tear up the ground. But keeping BP in the back barn yard with two horses leaves her competing with large, strong animals for the limited shelter as well as the hay. It’s like putting an elderly lady in a walker with a couple of rowdy kids and hoping they leave her a french fry by the time she can get to the table. 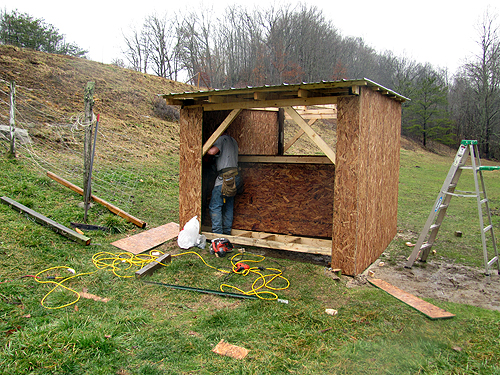 The new shelter was built right into the fence line in the connecting field to the goat yard, where I used to keep the sheep. 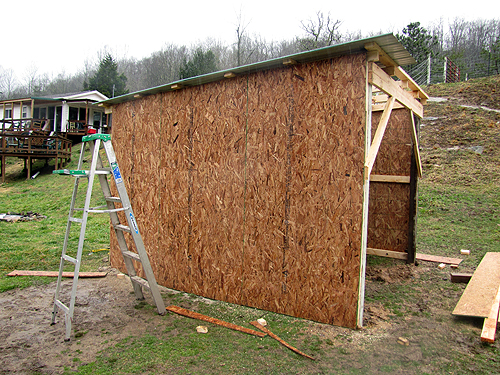 Other than the barn fields and goat yard, it’s the closest field to the house, and it opens out to the upper pasture as well, giving the horses plenty of room to roam. There’s some covered hay storage. 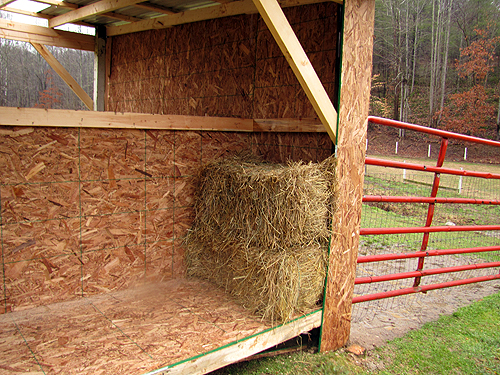 And a manger inside the shelter. 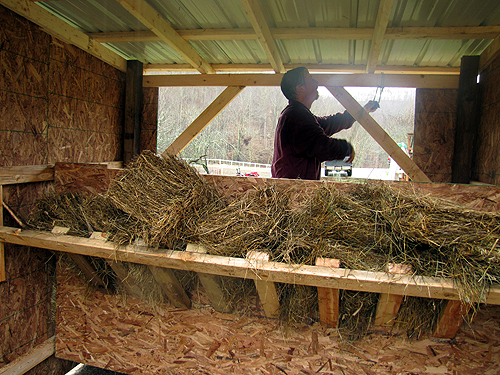 Around 20 bales can be stacked up in here, and I could have additional bales under a tarp nearby if I want to have more moved at one time. The hay moved over here is hay to be fed out quickly, so it’s not a longterm hay storage situation. I will have to have hay moved over here at least every two weeks. Once the shelter was finished, it was time to bring on the equine people. 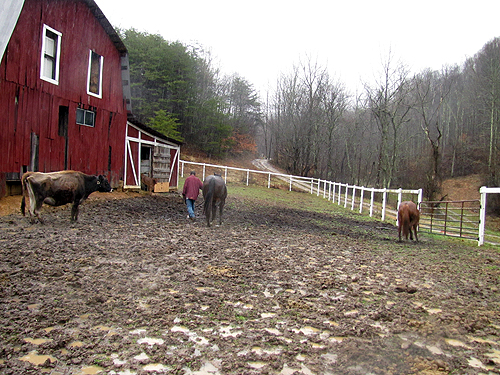 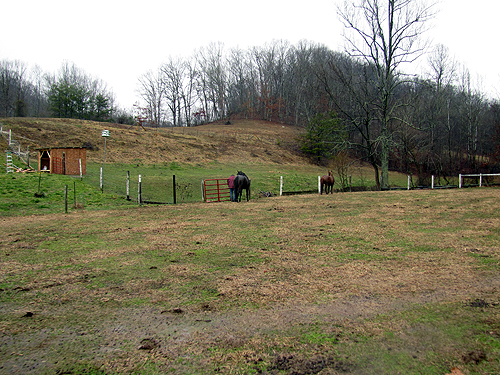 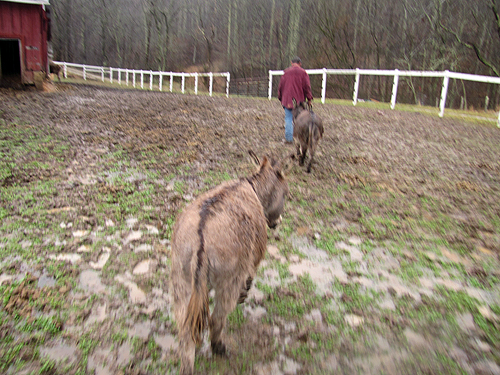 Then hay was loaded up to move. 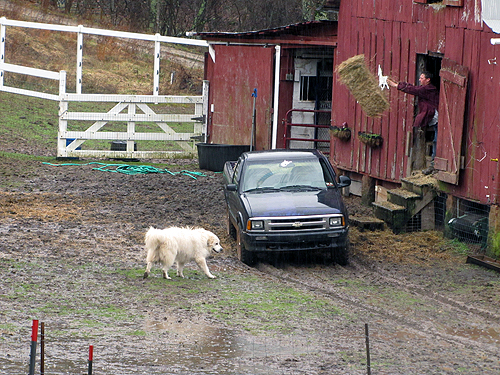 Zip and Shortcake barely knew which way to turn. 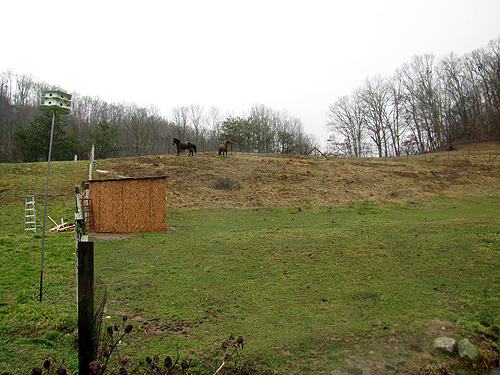 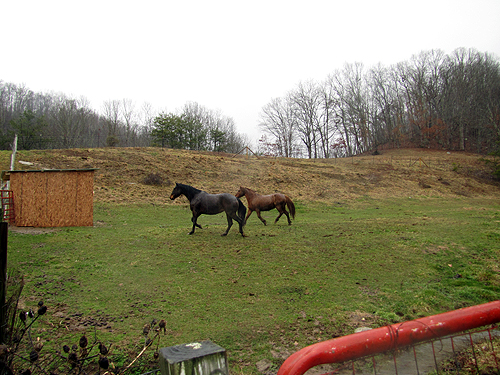 They were SO EXCITED to be in the field again. Then they picked at the grass, happy to find some. 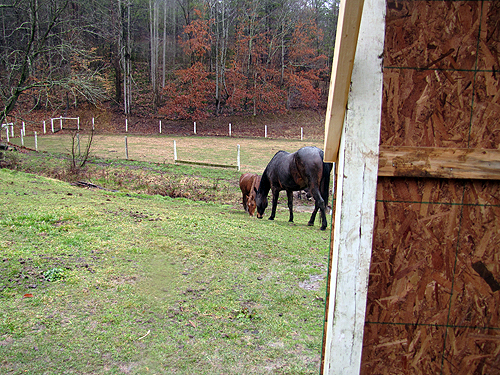 I opened up the back barn yard to the front so the two cows and baby can roam freely all around the barn, which takes the pressure off both yards, spreading them out more, and gives BP plenty of access to hay and shelter with less competition. Glory Bee and BP were also very happy to be reunited, and Dumplin has a chance to get to know grandma.

These photos were all taken on Wednesday, by the way–the last day of our false spring. The weather took a dive back to below freezing temperatures and we are covered in snow today! The new shelter will be painted red to match the other outbuildings, but it’s not painting weather, so that will have to wait. (A few other finishing touches also need completed, including some barrier to keep the horses from reaching over to hay that is stacked for storage where they can reach it above the manger, but it was finished enough to move them.) We’re expecting more snow today and hoping to go to Mike’s funeral if the weather and road conditions will let us.