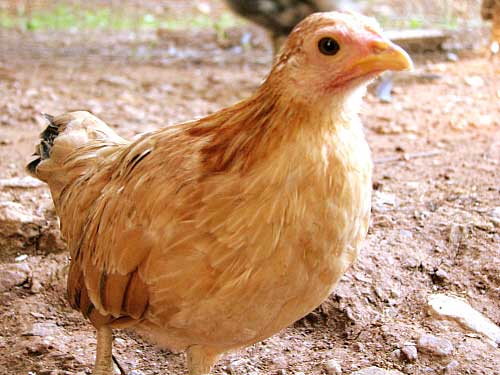 A Story by Princess

Spartacus’s queen was named Tokyo. She was beautiful and kind, and never put herself before others. That’s why he fell for her in the first place. One day she was in the market looking for some seed when she overheard a couple of quails talking about a ferocious beast lurking in the woods. She asked them about the beast and they told her that this beast was big and white and that it had the most wretched breath. That was all they knew, so the queen returned to the castle to inform the king of this horiffic news. He replied, “If it does not bother us, why should we bother it?” The queen saw that she could not change his mind so she thought to herself that she would take the matter into her own wings. She made her way to the forest, looking for the beast with a sword in her sheath ready to protect herself if necessary. All of the sudden, a great black dragon appeared. The queen was too scared to move. She was frozen, and as the dragon got closer, she got more scared. Suddenly, a blur tackled the black dragon. It was the white beast those villagers had been talking about earlier. The queen realized she was no beast but a friend who protects them from danger. The guardian beast and the dragon fought and fought until the black dragon surrendered to the great white beast, and when the queen laid her eyes upon the beast then, she could see its beauty. As she slowly approached the beast, it grew kinder in its eyes, and when she finally got close enough to pet it, it flew away. The queen whispered, “I’ll call you Coco, the protector of this land.” And when the queen returned to the village, she never spoke a word of what she had seen.