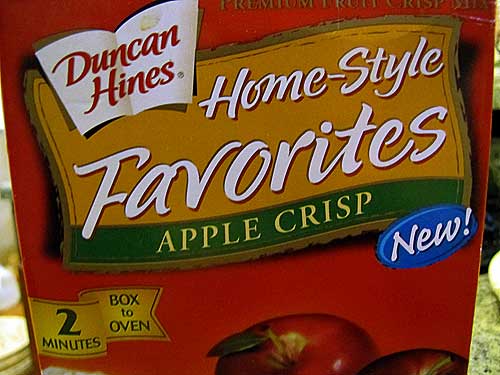 This morning, I was looking for something in my pantry and moved this apple crisp mix out of the way then thought, for the umpteenth time, Why do I still have this mix? Because I’ve had this mix for about five years. I bought it sometime near the end of my suburban existence, at a grocery store in North Carolina. When I moved to the old farmhouse in West Virginia, this box mix was among the groceries I took with me.

When I moved from the old farmhouse to our new farmhouse, I moved the box mix along.

Two and a half years after moving in here, the box mix was still in my pantry. Why? Why did this box mix come into my life? I never bake box mix desserts anymore, haven’t in years. Which is why it’s still in my pantry–but why haven’t I gotten rid of it? I purged my pantry a few months ago and got it all organized, getting rid of excess junk. You’d think I’d have gotten rid of the box mix then. It’s actually a quite bulky box and takes up space in my neatly ordered pantry where space is at a premium.

It says it just takes two minutes to put it together! But I just couldn’t see myself using it.

I took the box mix out of the pantry and came very, very close to dropping it in the trash can.

Then I put it back in the pantry. And I thought, I’m going to have this box mix for the rest of my life.

A few hours later, I got a phone call and discovered some unexpected company was on the way. I ran around the house and spiffed up a bit then, yes then, I went to the pantry and took out that box. 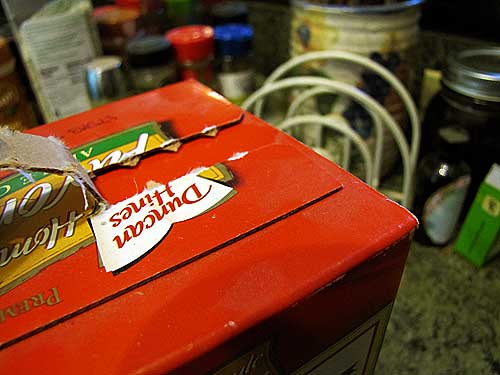 I OPENED THE BOX MIX!! And it really did just take two minutes to put together. 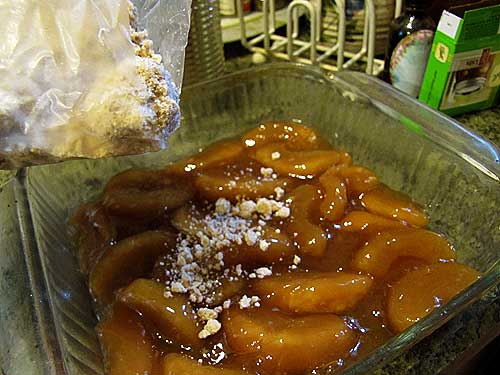 And I hoped I wasn’t about to kill us all because the box was so old, but then I figured there had to be a lot of preservatives in there. After all, it’s a box mix. I whipped up some ice tea and when company arrived, I served them ice tea and warm apple crisp with whipped cream on the pie porch. (Served in my grandmother’s dishes–in the little shallow bowls.) And I have to admit, it was delicious. 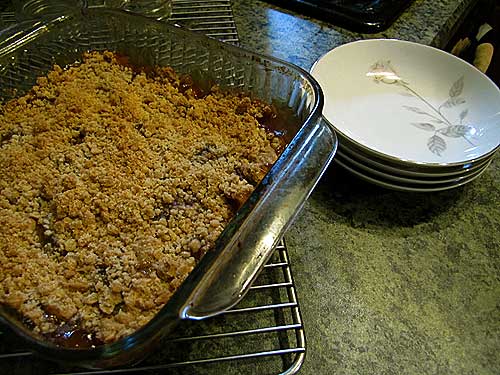 And that is why the box mix came into my life. 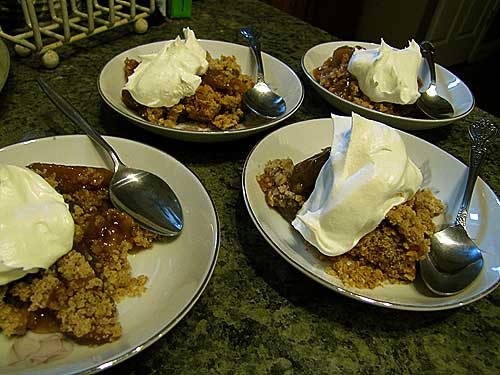 *****
The visitors were the two daughters of my Great-Aunt Oshial (who was the sister of my Great-Aunt Ruby and my grandfather Romeo). One of the nice things about living in the middle of my family’s history is that everyone comes around eventually to tour the family historical landmarks. 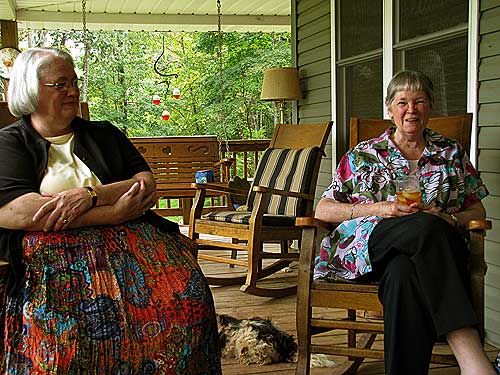 My dear Georgia came along with them. 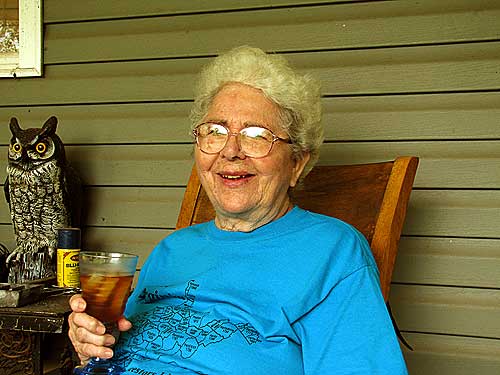 Just an afternoon on the farm!