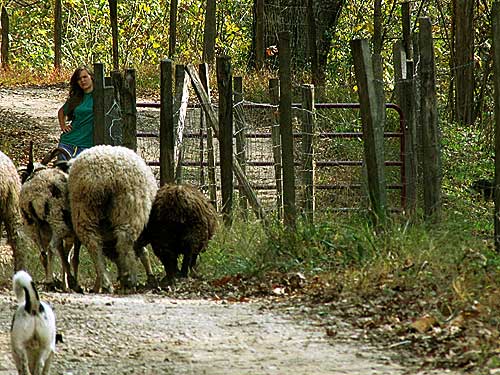 In between the first time we captured Glory Bee and the second, we moved sheep. I was so confident that moving the sheep would only take 30 minutes that I put a loaf of bread in the oven.

It was true. It only took 30 minutes to move the sheep and I was right back in the kitchen to take the bread out of the oven.

I was (apparently) so discombobulated by capturing Glory Bee–then having her escape–and getting ready to go down to move the sheep–that when I turned the oven on, somehow I turned it on broil. 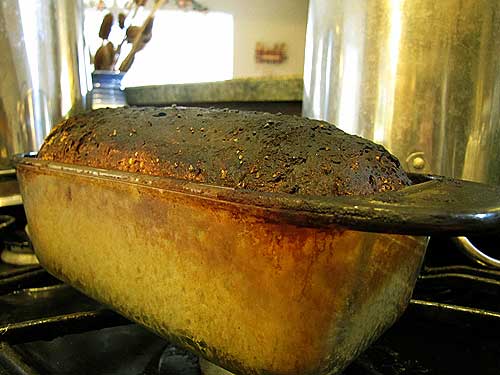 I threw the loaf into the goat yard. Coco nailed it, but had to swallow it in a couple giant bites to keep it from the competition. 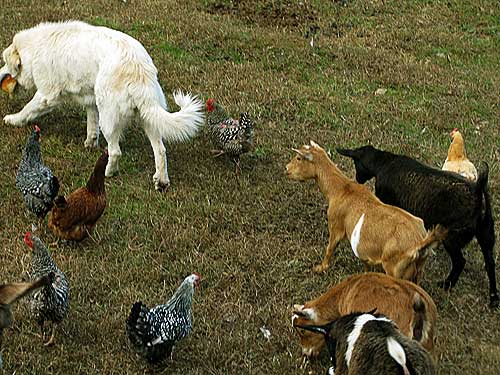 I was going to make steak and shrimp, but sorta gave in to my day and just made some diced shrimp and onion pizza. 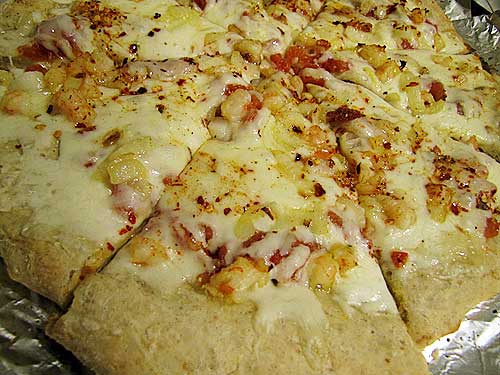 And then I went to bed early because I was so tired after capturing Glory Bee twice.

More as soon as I wake up and can……… (Including a bit of Glory Bee ANGRY VIDEO.)