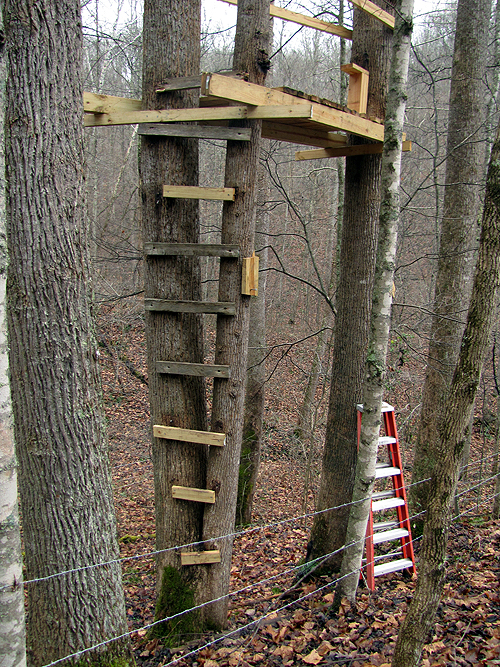 I walked out through the upper pastures yesterday to the old deer stand that Ross rebuilt this summer. The platform looks over the field in one direction and the ravine and creek in the other. 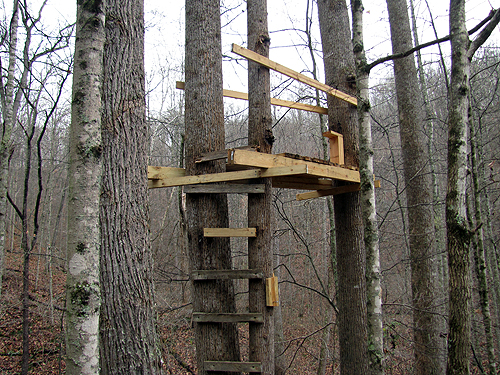 I imagined climbing up those rungs with a heavy shotgun on my back. Or even without. 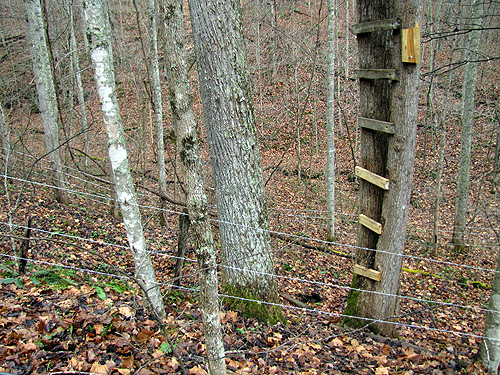 And chickened out. I figure Ross leaps up there with a single bound, but I’m not Ross. I’m better off getting up against a tree, on the ground, and not breaking any bones. Meanwhile, I did a little target shooting to check my distance and accuracy. No point shooting at a deer I can’t hit and scaring them all off for nothing. I’ve gotten a little better. The Hornady shells don’t about blow me down anymore. I can’t shoot as far as I’d like to, as least not accurately, but I can’t expect to be an awesome shot immediately. One way or another, I’ll probably end up with some venison in my freezer after this week. My ex-husband is coming from Texas for the week and will be hunting here, too. But it would be cool if I could get one for myself. Gun season opens in West Virginia on Monday, and I’ll probably go out for my first time Monday evening. 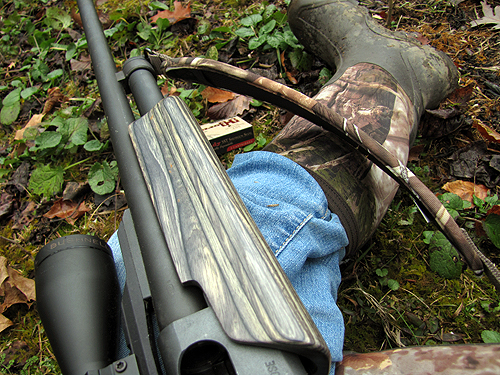 I’m going to try, and since I’ve never hunted before in my life, I figure that’s good enough.

P.S. Yes, my ex-husband and I sometimes share the kids together for holidays, and he actually stays at my house. He has spent holidays at my house before; this isn’t new. He has also shot a deer for me before, so that’s not new either. (I think he has some slight amazement that I’m planning to attempt to get one for myself this year.) Weston is home from Morgantown, by the way, but no Ross this year. He is 20,000 leagues under the sea or something like that. WE MISS HIM.