Not to confuse the fact that this isn’t even Tuesday. It’s Wednesday. I know that. Really!

I had some major prep going on last week for the two days of canning camp retreat, then along with the two days of actual workshops on Saturday and Sunday, that was followed up by a private soap half-day on Monday with some attendees who wanted to stay over a little longer. Tuesday, I took off like it was a Sunday. I was so tired. But! The canning camp retreat was awesome–I want to show off the pretty jars. Here is everything we canned! 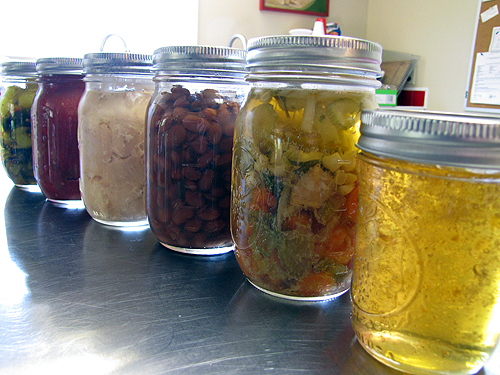 Left to right, that is chicken, pinto beans, chicken and vegetable soup, and corn cob jelly. 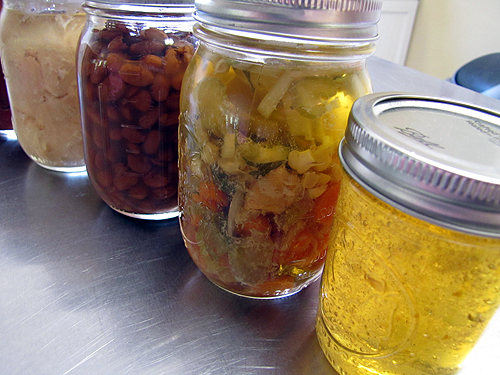 And left to right in this photo: Bread and butter pickles, salsa, chicken (again, and so on, I had to take separate pics to get them all in with some detail). 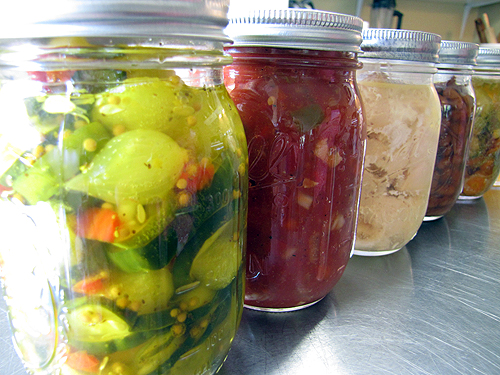 We also dehydrated fruits and fruit leathers along with herbs and pork jerky. Equipment used and demonstrated included the steam juicer, steam and boiling water bath canner, pressure canner, meat grinder, Vitamix, vacuum sealer, and the Excalibur dehydrator. It was a great weekend, packed full of food processing and preserving! The attendees were awesome, and co-teacher Dede was amazing as always!