I got to visit with Coco today! By the way–just wanted to mention this–I’m afraid I may have inadvertently given the impression I’d taken Coco to a Beverly Hills dog spa by saying I took her to a vet in the city. 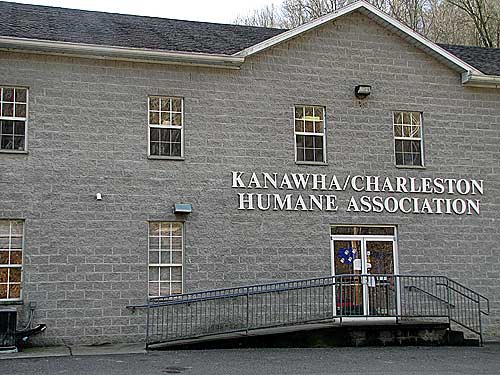 The vet in the city that I took her to is actually the frugal people’s vet that is inside a county animal shelter. She has been here before. She was spayed here. I used to take Dookie here sometimes because Dookie hailed from the city and this was his longtime vet. This vet office is actually less expensive than the local vet here, though the main problem with the local vet is that he isn’t in his office here every day as he splits his time with another office in another county (which is even farther away). It’s rough finding a vet around here, let me tell ya. You have to have backups.

Anyway. Back to Coco! 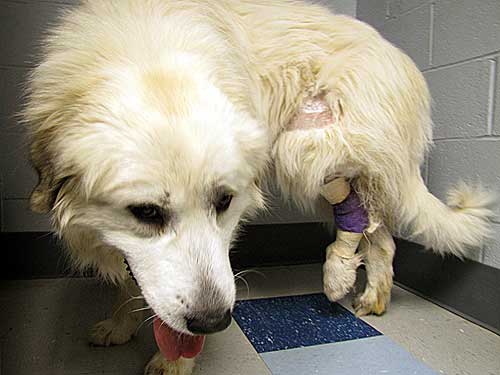 She is still gimping around on three legs, but she was quite perky. I got to love on her and scratch her and sneak her some treats. I also gave her a towel from home that she had been using on Sunday to nap on, so she has something that smells like home.

Then she had a whoopsie. 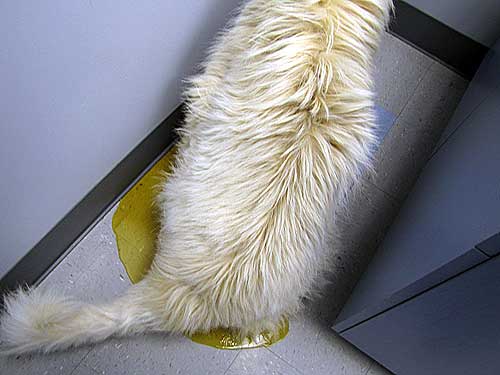 And she was so embarrassed. 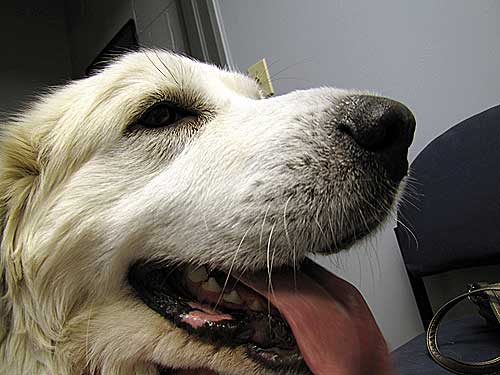 I don’t have any new news as far as when she will be able to come home. I’ll have to wait at least a week and see what the status is on her wound. The hardest part was leaving again because I could tell she thought she was coming with me (sob).