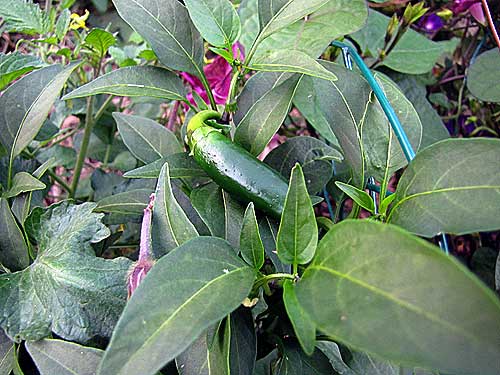 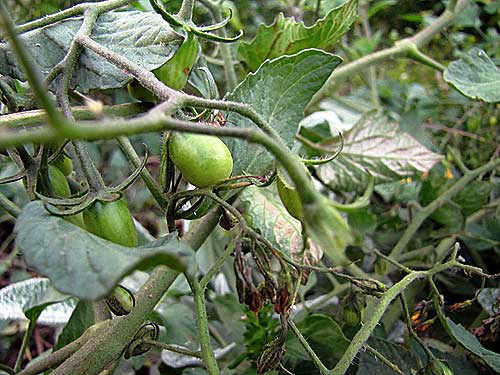 It’s October. They aren’t going to make it. Well, I could harvest the peppers tiny and slice ’em up on some pizza, but the tomatoes are going nowhere. I discovered these latebloomers in the raised bed by the driveway. It was the only existing non-flower garden on the farm when I moved here. The previous owners had peppers, tomatoes, and herbs in here. Their rosemary made it through the winter and is still going strong. I planted some more herbs, but didn’t try putting anything else in here because this is the front line in a chicken garden war. To successfully grow anything but herbs, I’ll need fenced beds to keep the chickens out. These volunteers popped up on their own. I suppose it took them awhile because I mulched this bed pretty good in the spring. They finally made their way through the obstacles to present me with the promise of produce–in October.

They’re doomed. But it’s nice to finally feel like I grew something edible this year!

In other news, I’m sick, sick, sick. Fever, chills, congestion, I’m gonna die, I’m tellin’ ya. It’s been a couple years since I’ve been this sick, so I’m spoiled and whiny. I’ll be back when I figure out for sure if I’m going to live.