It was supposed to THUNDERSTORM today. I was SO EXCITED. It’s barely rained for months (you know, since the Great Flood–we get it all at once or we don’t get it this year). So here it came, finally, this afternoon. 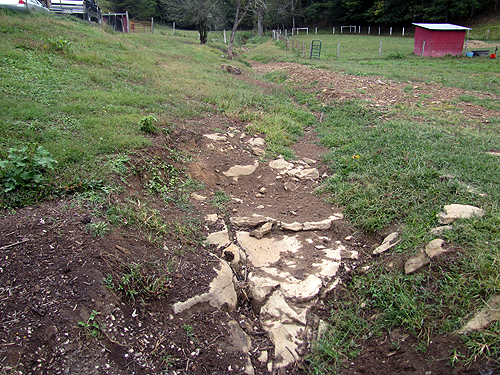 I was very disappointed. So were the pigs! 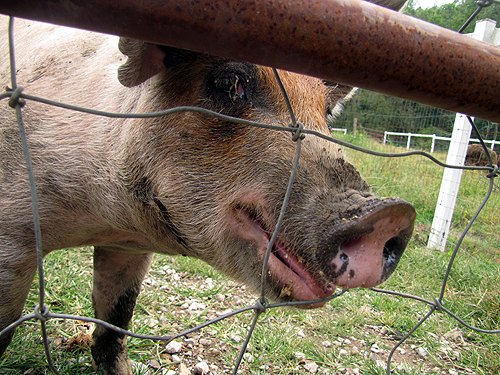 Though since she just ate a young Buff Orpington that had only seconds before escaped from the chicken house, I don’t know what she has to complain about. OMG. I did not know that pigs ate chickens.

I mean, I know they’re omnivores and everything, but the chicken got out, and before I could even turn around, the pig ate it. WTF!!!! Next thing you know, she’s got chicken feet hanging out her mouth.