I was getting pretty discouraged right around the time my kitchen looked like this: 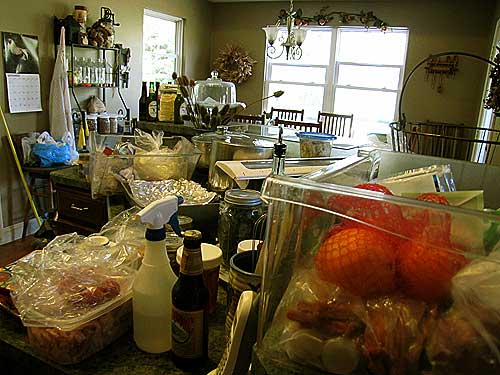 Yesterday morning, I decided to clean out my refrigerator. I came to this notion first thing in the morning, and I thought it would take about an hour or so.

Here’s how it went down. I thought I’d just take all the food out, go through what needed tossed, wipe all the shelves out, and put everything back neatly.

I don’t even know how everything that I took out of that refrigerator had fit in there to start with because by the time I took it all out, my kitchen and dining room were covered. AND THEN. Yes, THEN.

I remembered what I had forgotten.

Which was that at some point in the distant mist of time, I had spilled something, I don’t know what, and it had seeped into every nook and cranny of my refrigerator. And there was only one way to clean it up. TAKE THE REFRIGERATOR APART.

And yes, that is what I did, because by then, I was too far gone, too addicted, too obsessed with the idea that I was going to clean my refrigerator. And, mostly, because by then all the food was already out and it was just too late to turn back.

There were refrigerator parts and pieces everywhere. 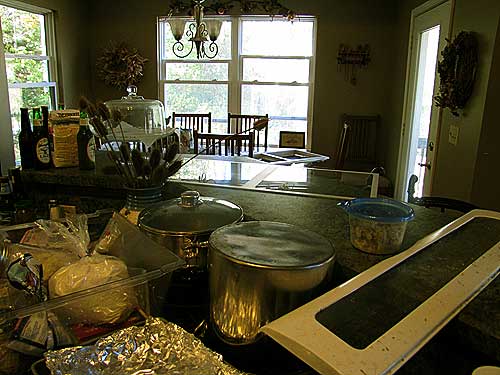 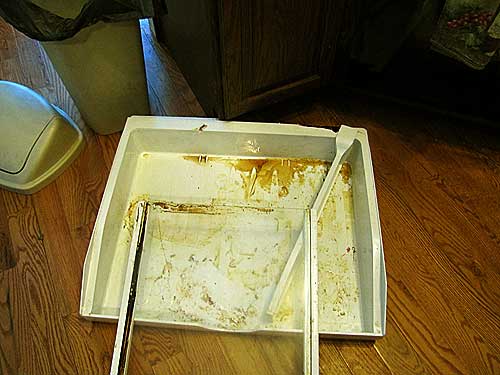 I washed some pieces in the sink, but some pieces were too big. I had to take them outside. 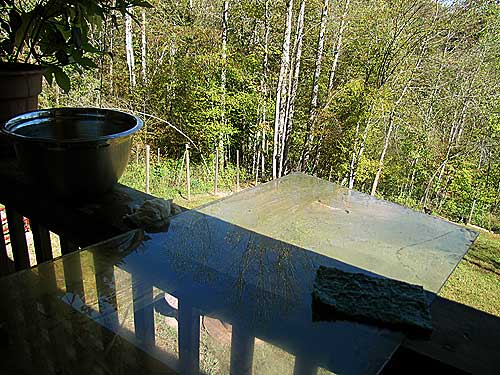 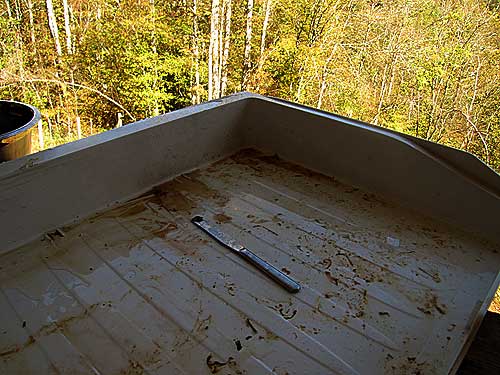 But at least the view was nice. 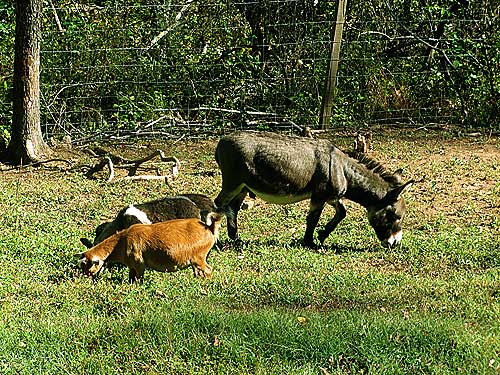 At this point, I was tired and wondering what I’d gotten myself into and wanting to quit. But I’d gone too far and there was no way out other than to keep going. Mostly, even as things were starting to look really spiffy, I was worried whether I could remember how all those parts went back back together. 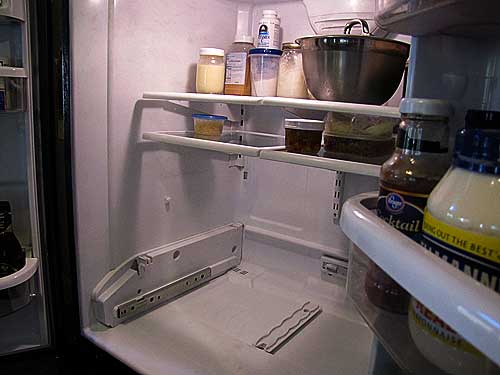 Miraculously, I got everything put back together right. And I didn’t break any of the parts while I was at it. 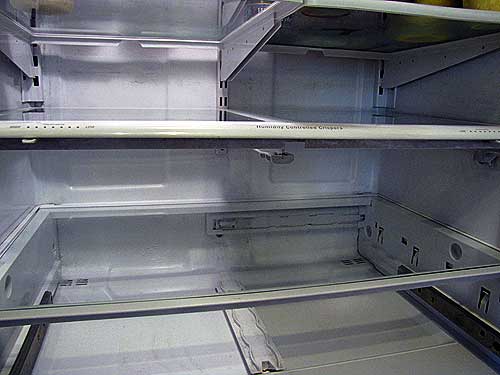 I got everything put together and organized the food as I returned it to the fridge. 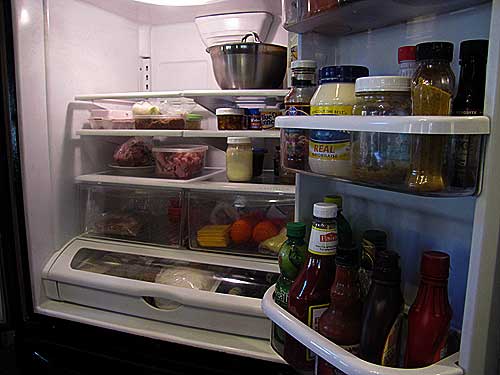 Oddly, I had less than half the food I had when I started. That’s what happens when your refrigerator is too full and you can’t find stuff. It goes bad. That is so wasteful.

And then, finally, five hours later, my one-hour job was complete!

P.S. I’m sorry I don’t have a “before” picture. When I started this ordeal, I had no idea it would turn into an ordeal. The only way to salvage the time spent was to WRITE A POST ABOUT IT. But I think you’ve seen enough to feel pretty good about your own refrigerator. Yours can’t be worse than mine was. And even if it is, hey, you can clean it! Any time you have a “spare” five hours….