For the past four days, time has been divided between daylight and dark. Without running overhead lights inside, most of my preparations for this Saturday’s workshop have had to be done in daylight. Work outside at the barn and with animals must also be done in daylight. Things like writing can be done in dark hours, by lamp light. I finished my final preparations for the workshop by daylight’s end yesterday evening (making homemade vanilla bean ice cream–from fresh cream–to go with the apple pecan raisin pies I had just baked). I had waited until then to drive out to replenish my gas supply, hoping the power would return. It started getting dark. I decided to give it up and go. Not half a mile out the road I realized there were lights on. Power was back on my road! Had this just happened since I left the house?

I turned around and went home to quickly realize I still didn’t have power.

I turned around again, this time to continue on to the gas station. Halfway there, I found a congregation of power company trucks. I pulled up to one, rolled down my window, and told the man where I lived. He said he didn’t know where that was–he was from Florida. I described how to get to my farm and told him that everyone on my road had power but me. Maybe they forgot me! He said he thought somebody had just gone out that way. I told him the name of my road again, thanked him for coming all the way to West Virginia, and pleaded with him to remember to ask if anyone had gone out to the end of my road to fix my power. I went on to get gas, went home. No power…… But men in trucks were spotlighting the woods on my farm! I went to the trucks and they told me they were from Florida. I begged them not to leave until I had power.

Power company trucks in the road that runs through my farm. 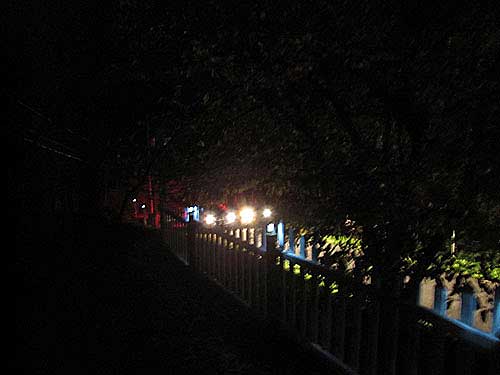 They promised not to leave. More trucks arrived, until there were four trucks on my farm. I brought them muffins. And they fixed my power!

There will be nine attendees here today (almost my limit) and a food magazine editor. I’ve prepared all the food for this workshop this week with no power, and was prepared to continue today without power…. 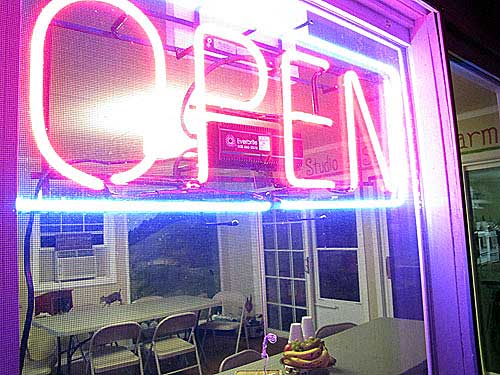