My official! photographer! Jerry Waters turned up at the farm today, unexpected, as is his wont, while I was barely dragging pants on, and I hadn’t had a shower yet. This all reminded me of the first time I met Jerry many moons ago (see here). Jerry is always welcome, even if I’m not fully clothed or alert. Though I was a bit opposed at first when I realized why he’d come.

Last night, I told him that Rodney had given me this as one of his Christmas gifts to me. 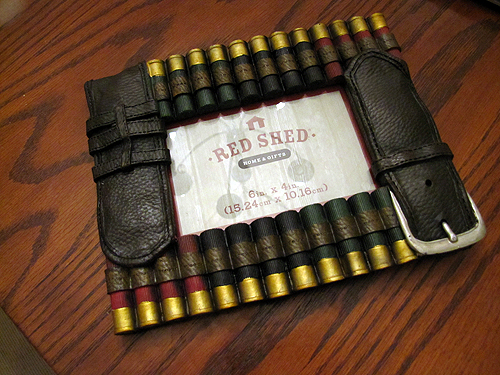 It’s sort of like a shotgun bandolier photo frame. Really cool. (He got it at Tractor Supply, FYI.) It was very “us” because when he worked for me, part of the way we became close was when he was teaching me to use my new 20 gauge shotgun and going squirrel hunting. He told me it was for a picture of the two of us. And a while back, I’d had some reader requests for a picture of the two of us. And so I emailed Jerry last night and asked him if he would come take some pictures of me and Rodney. Of course, this meant that Jerry was here this morning before I barely had pants on and had still not taken a shower. Eventually, I decided, okay, he’s HERE, and Rodney and I got ourselves together, and here is the result, to share with you. (And one for that frame, too, of course. Guess which one.) We did the photo shoot on the tractor in the barn yard, because that was also apropo. 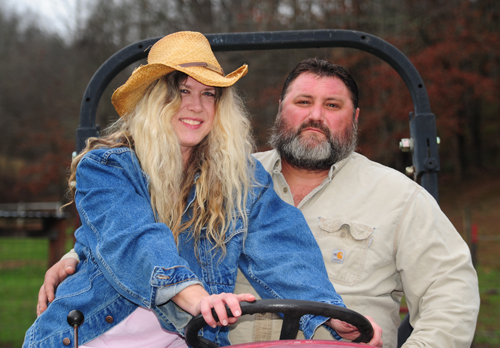 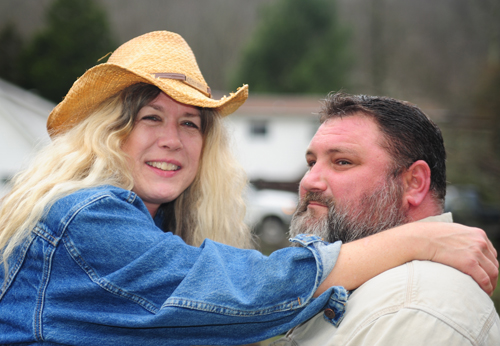 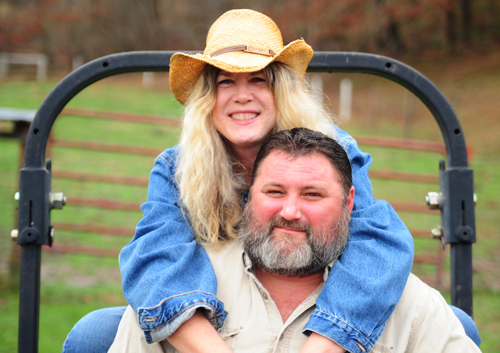 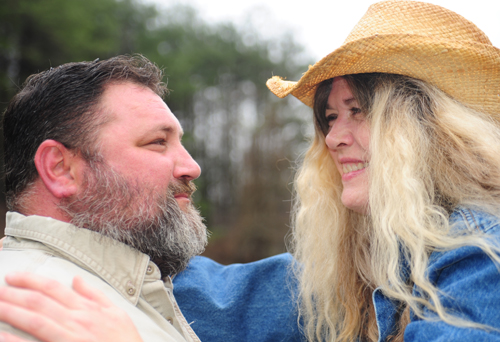 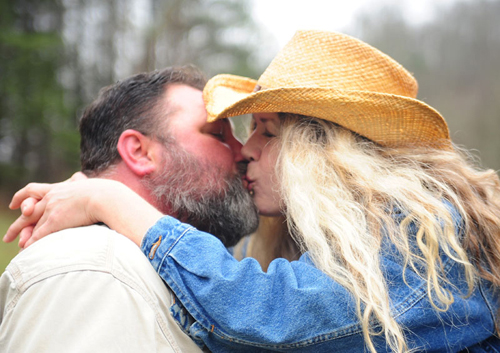