Yesterday, under sprinkling clouds, I undertook a new adventure. A lot of fencing has gone on here at Sassafras Farm in the past year. When I arrived here, most of the fields were fenced, but most also needed repairs and in some cases, new fencing entirely. Some completely new fields were also created and fenced.

One field went by the wayside in the fencing palooza. The second upper pasture.

BP, standing near the gate of the first upper pasture that leads into the second. 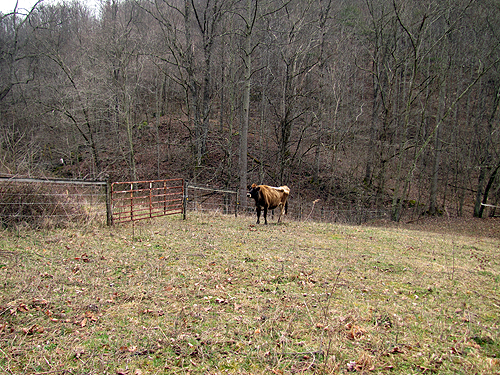 This field is every bit as big as the first upper pasture, if not bigger. 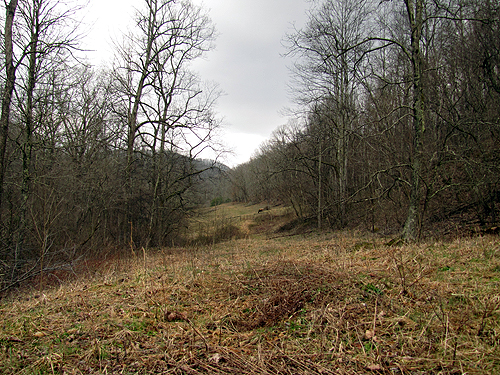 There are a few points of interest far back in this field. A decrepit deer stand, from which Ross shot his first deer last Thanksgiving. (And the ladder he brought out there….and left there.) 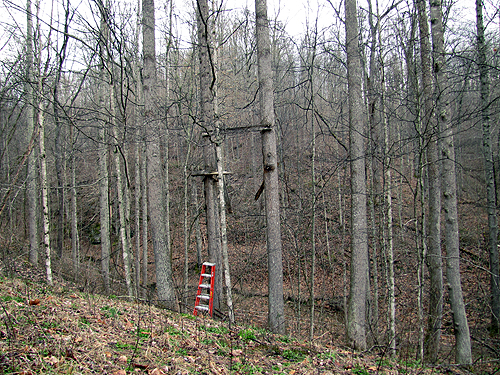 Apple trees possibly planted to attract deer near that stand. 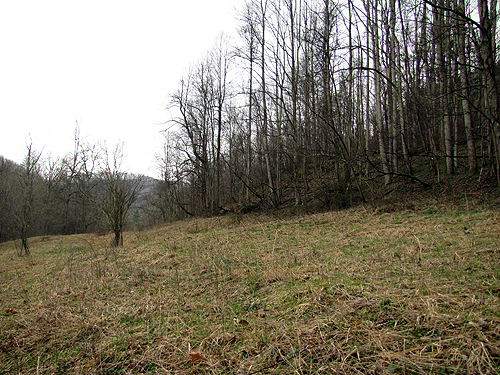 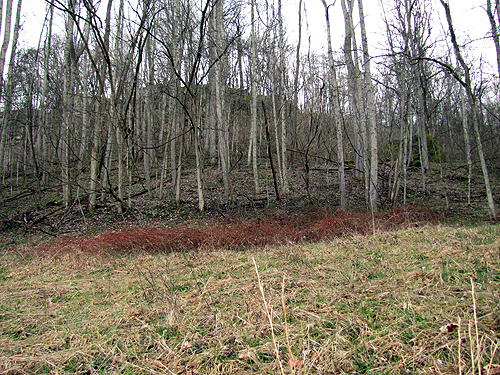 And a really great spring. 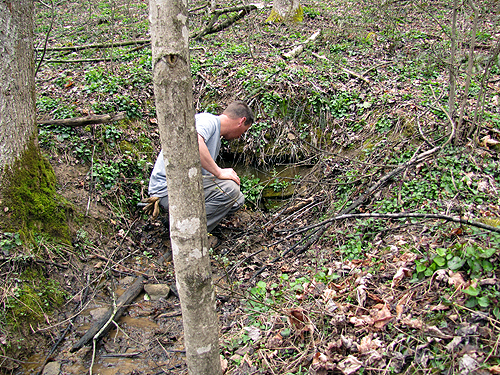 This field has been fenced in the past, but the fencing has mostly fallen down. Opening this field means far more pasture, and it’s important also just to keep this field from growing up and becoming unusable. I could make do without this extra pasture, but letting a large pasture fall into disuse isn’t a good idea overall.

When I discussed fencing this field with Adam, I told him, “I want to fence it with you. I want to learn how.”

He stared at me for a long moment. “You DO?” He looked either shocked or scared, I’m not sure which.

But he’s a good teacher, always patient with me, and he knows how to use little words to help me understand things. I want to learn to fence because I need to be able to make my own fencing repair sometimes. I don’t think I really want to go into business fencing large fields all by myself in the future, but a storm or deer can break down fences and I can’t always get help right away. I’m uncomfortable with fencing, and I know I need to get comfortable so I can feel good about making repairs on my own if I need to. And nearly a year and a half into my life as a single farmer, with much of the overwhelming work of just learning to manage on my own behind me, it’s time for me to take the time to start learning some basic skills.

So off to the field we went! 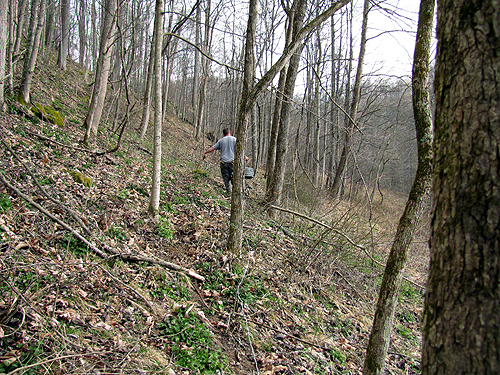 We were using barb wire, nailed to trees. Trees make more solid support for barb wire, though it’s not exactly ideal for other reasons. Adam said he never nails fence to a fruit or nut tree, or other particularly valuable tree. Since there had been fence around this field before, we used the same trees that had been used previously to negate abusing any “new” trees.

Fencing with barb wire doesn’t take much. A hammer to nail in the staples that hold the wire, and a pair of pliers to stretch the wire. 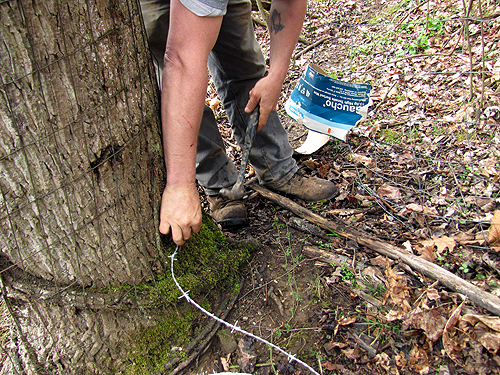 To stretch the wire while nailing it, you just grasp a bit of wire in the pliers, push the pliers up against the tree for support while pulling on the wire, then pound in the staple. We put up three strands, which is enough for large animals, and took turns stretching and nailing. He also showed me how to do both if you’re doing it alone.

Then he showed me how to repair wire that’s been shoved down, either by a fallen limb or a deer. You take the wire in the pliers and curl it around until the wire is stretched tight again. 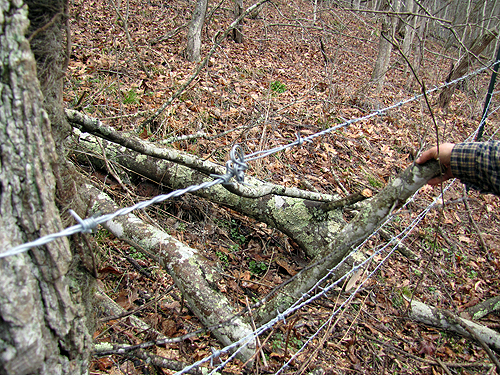 It was simple, which I knew on some level in my mind that it would be, and yet it was a mystery just because I’d never done it. It’s a repetitive task, but I stayed out there all day because I learn by repetition. We talked and laughed and Adam stood by patiently while I took twenty swings to nail in a staple sometimes that he could have pounded in with three. I’m sure we got half the fencing done in twice the time that it would have taken him alone, but…. 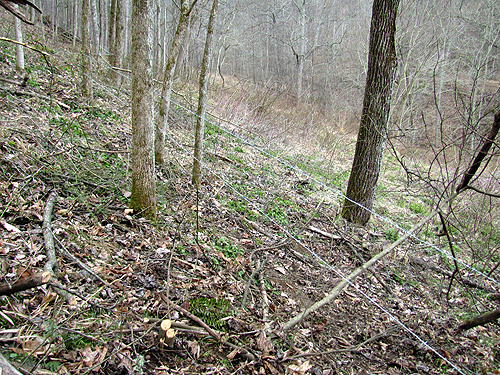 I was crazy proud of myself. I can fence!